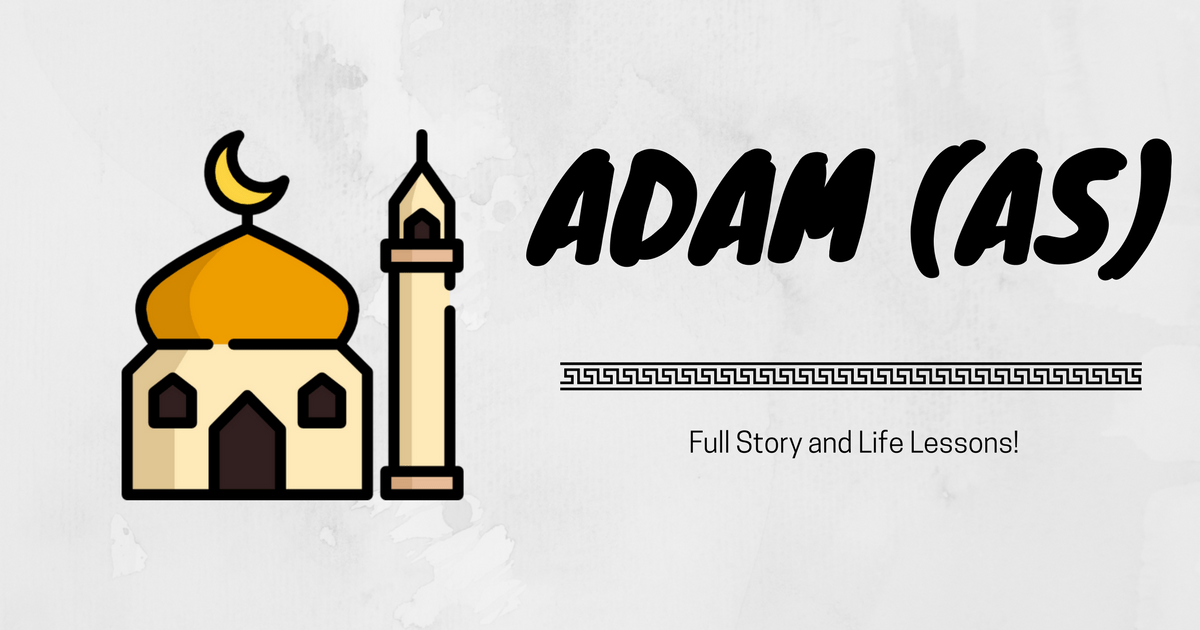 Prophet Adam was the first human being Allah SWT ever create. He named his first Human creation “Adam”. This article will tell you the full life story of Prophet Adam (AS).

The creation of Humankind

After creating the components of the universe Allah (s.w.t) created the first human being, Adam, from clay collected from different places of the Earth and brought to life after 40 years.

Allah (s.w.t) ordered the angels and Iblis to prostrate in front of Adam as a sign of respect. All of them obeyed except Iblis as he thought he was better than Adam being made from fire rather than clay. From that moment, Iblis became the evil (Shaitaan) until the day of Judgement.

He knew his fate will be the Hellfire and, so, he asked Allah (s.w.t) whether he could have a special power that would enable him to mislead human beings and take him to the Hellfire with him. Allah (s.w.t) granted his wish but warned us that if we follow the path of Iblis, the Hellfire will be our eternal abode. So, he sent down the Qur’an as a guide to be safe from the hands of Shaitaan.

As years went by, Adam (p.b.u.h) started to feel lonely and needed a companion. So, Allah (s.w.t.) took a piece of his shortest left rib and created Eve. Adam and Eve were living happily in Heaven and Allah gave them permission to enjoy everything except to consume the fruit of the Forbidden Tree.

One day, the world’s first human beings forgot the rule. Shaitaan took advantage of their weakness and whispered in their ears to eat the forbidden fruit. Having disobeyed, they were both kicked out of paradise and landed on Earth on a Friday, naked.

Adam knew that life on Earth will be tough. Hence, he gathered clothes and weapons to protect his family. The couple were blessed with 2 sets of twins and lived happily watching their children grow.

The first set of twins consisted of a male child called Cain and his sister and the second set consisted of Abel and his sister. As time passed by, Cain became a farmer who plows the land and grows crops and Abel raised livestock.

When they reached a mature age, Allah revealed to Adam that Cain needs to marry Abel’s sister and vice-versa. Cain refused to obey Allah’s order as he wanted to marry his own twin sister. Adam was very sad and asked Allah for peace and harmony for his family.

Allah then asked Adam to tell his sons to offer a sacrifice and the one who fulfills it will have the right to marry a companion of his choice. Abel offered his best animal while Cain offered his worse crops. Of course, Allah did not accept Cain’s sacrifice and the latter was angry that he could not marry his own sister and fell into the path of Shaitaan by taking the decision to give death threats to Abel.

One day Cain was so angry that he threw a stone to Abel which knocked his head and laid him dead on the ground. This was the first murder committed on Earth. With the guidance of Allah, Cain buried his brother.

Adam was very sad about the death of his son and knew that Cain was already in the hands of the evil. So, he prayed for his son and advised his other children and grandchildren about Allah and to believe in him and beware of Shaitaan’s whisperings.

As years went by, Adam’s descendants spread across the earth as he grew older and older. He appointed his son, Seth, as his successor and be the next guide for humankind.

As the prophet Adam (p.b.u.h)’s death was approaching, he had a desire to eat the fruits of Heavens. When his children went out to look for them, the angels told them to go back to see their father because he was dying. When Eve saw the angel of death, she recognized him and, frightened, she went to Adam. (p.b.u.h) She knew that her companion will be no longer with her forever, because of Allah’s will. However, Adam (p.b.u.h) taught his children that Allah (s.w.t) will send prophets to guide them, who will have different names, traits and display miracles. All of them will be united to call to worship Allah (s.w.t) alone. Adam (p.b.u.h) closed his eyes and the angels gathered in his room to surround his body. When he recognized the angel of death, he smiled. The angels took his soul and wrapped it. They prayed for him at his grave, where he was buried.

For more understanding about Prophet Adam AS watch this video to get more information about the first ever human being Allah has created. This is also very helpful for your kids and for every one of us to learn more about it. This video has the summary of what we just talked about in this article. I would also suggest you to go on and watch this video, this will further enhance your knowldge about Adam (AS). 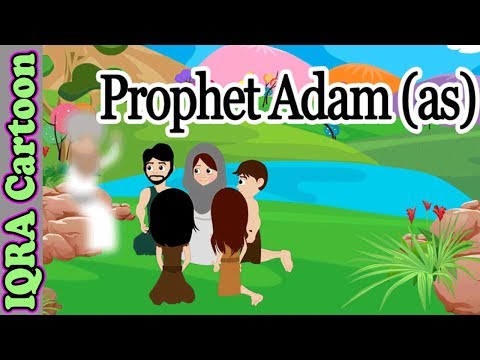 I hope this article has provided a lot of knowledge about him. Do not forget to share this with your family and friends. And if you have kids, then kindly show them this video, so that they can also learn and benefit from this blog.