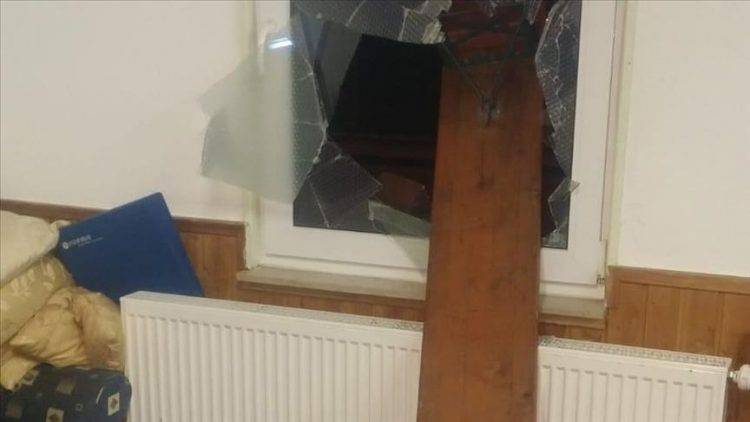 Fatih Mosque in the Souther western Baden-Wurttemberg city in Germany was first attached on December 18, and it runs under the Turkish-Muslim group DITIB (Turkish-Islamic Union for Religious Affairs).

And on Firday, the mosque was attacked for the second time, according to the mosque official.

The mosque’s windows and other things have been broken in the early hours of New Years’ eve. Fatih mosque is located in Sontheim town, confirmed by Ali Ozdemir, Chairman of the Mosque.

He further added that the information have been shared with the local police, after that the police have started a probe into this incident.

In the first attack, a cross has been made on the wall of the mosque.