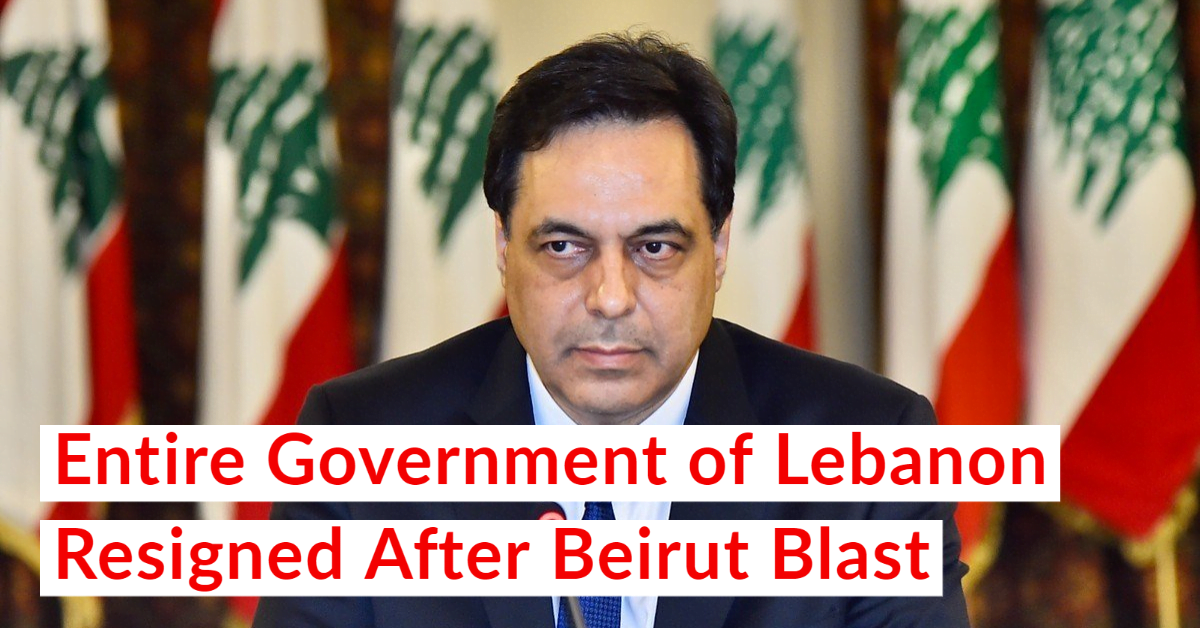 The entire Government of Lebanon has resigned over the Beirut explosion that killed over 160 people and injuring more than 6,000.

In a statement, Hassan Diab has said that he has taken a step back so he can stand with the people of Beirut to bring the change.

The protests have been sparks all around Lebanon that demanded political change in the country. PM further blamed the policial class and labeled them as corrupt who have ruled the country for last 30 years.

The entire Government of Lebanon Resigned!

PM Hassan Diab also told in the Press Conference that he demands to hold acocuntable who are behind this blast.

This is utter stupidity.

They must have waited till they found out why it happened and who was responsible for this catastrophe, whether internal or external enemy.

The disaster has tell tale signs of the handiwork of the israeli secret service Mossad, like they did 9/11 and made Osama Bin Laden the fall guy.

After 18 years since 9/11, the CIA has accepted that blaming Osama was an intelligence disaster and that he was not responsible for it.

Likewise, truth will come out very shortly on this Bayrouth disaster too.

Last edited 8 months ago by A Shabbir Ahmed
0
Reply