Islam views marriage as noble and sacred, meaning worship to Allah and following the sunnah taught by the Prophet sallallaahu ‘alaihi wa Sallam.

With marriage, things that were previously forbidden for male and female couples are encouraged because they are part of worship.

Before passing the first wedding night, the bride and groom should pay attention to some of the etiquette and procedures recommended by Islam. One of them is reciting dua for the first night of marriage.

Here are some duas for the first marriage night you can read with your partner.

It is noted that the groom should place his hands on his wife’s forehead while reciting the following prayer.:

Before starting sexual intercourse on the first wedding night, a husband is recommended to read a prayer asking for blessings upon his wife. This prayer can be read anytime, but it is best recommended shortly after the Aqd Nikkah.

Husband & wife should pray together on their first wedding night in Islam. On the first night, newlywed couples are encouraged to take wudu (ablution) and perform two rak’ahs salah on their wedding night.

The goal is to seek refuge for their marriage from the devil and seek the pleasure of Allah SWT for their relationship. After salah, the couple can recite dua according to the hadith narrated by Abdurrazzaq.

When going to make love to his wife for the first time, a Muslim husband should recite the following prayer:

According to the Shari’a, there is no obligation to have sex on the first night of marriage. It all depends on the situation and the will of both husband and wife. This is a personal decision between the newlywed couple.

But the husband must be sensitive to the feelings and circumstances of his wife and pay attention to whether the wife is ready to have sex. If the husband can make his wife feel comfortable on the first night of the wedding, then there is nothing wrong with doing this.

Islamic etiquettes on the wedding night 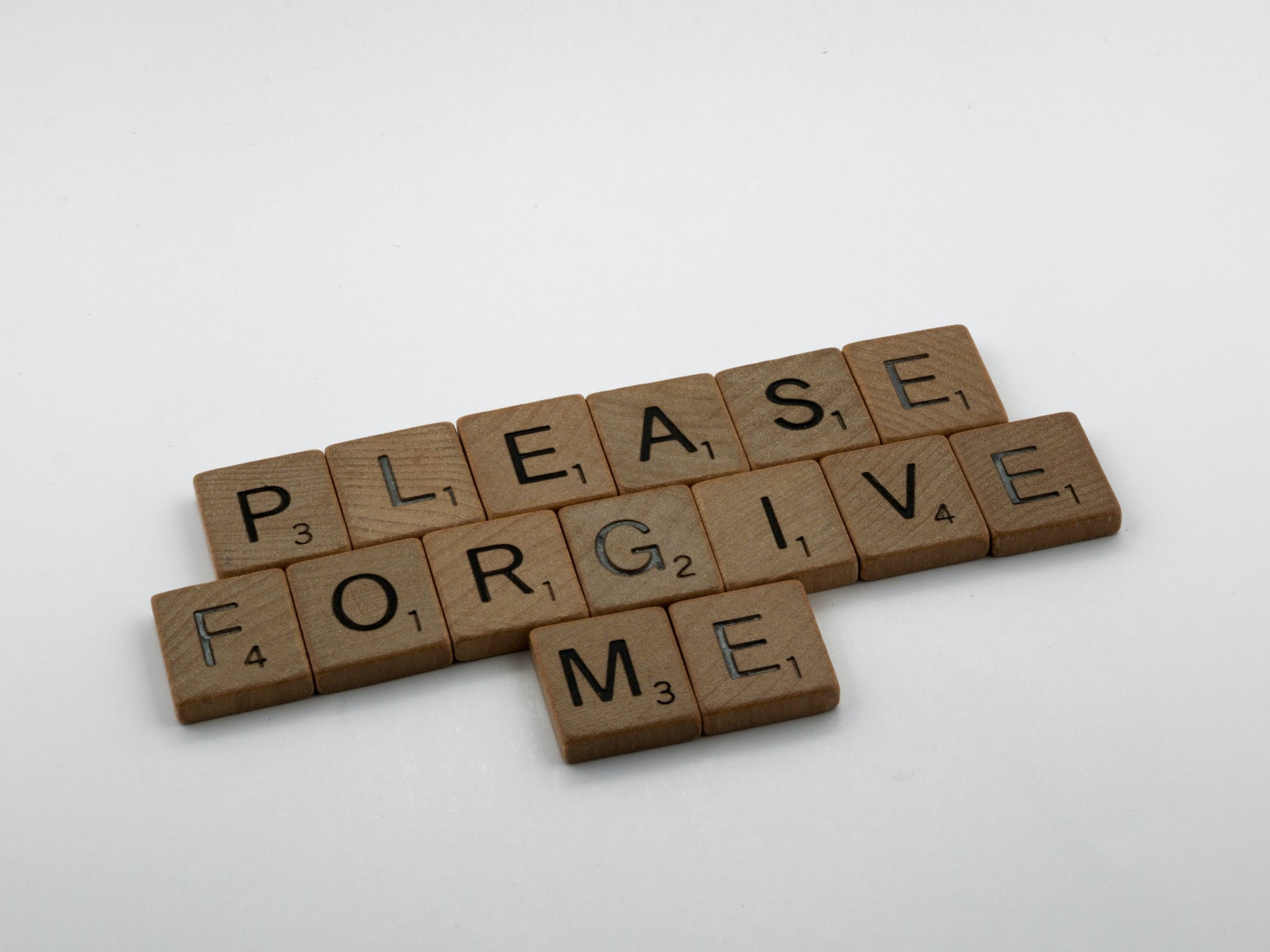 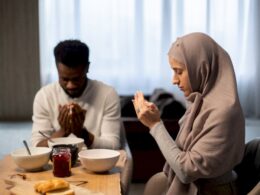 Dua after Adhan – Reciting This Dua Is a Sunnah 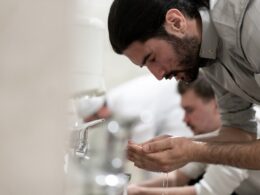 Wudu Dua – Dua Before And After Wudu