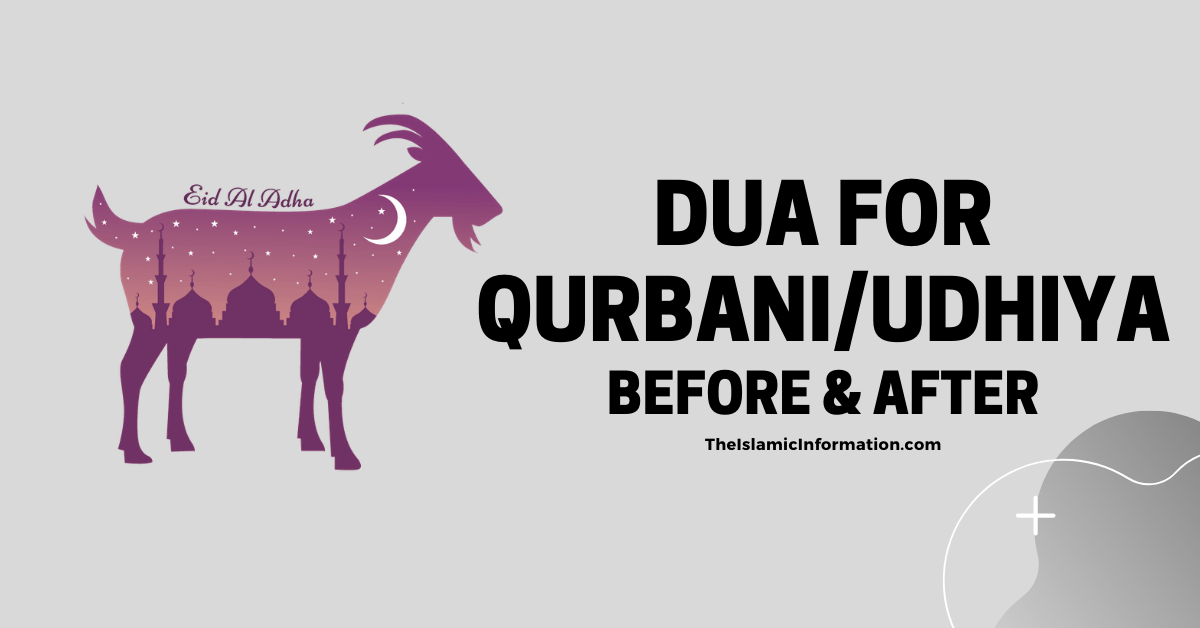 As Muslims are gearing up for Eid ul Adha, Dua for Qurbani / Udhiya is something very important, In this blog, you will have duas to recite before and after Qurbani.

In the Holy Qur’an, it is mentioned that Prophet Ibrahim (AS) saw a dream, consistently. In his dream, he was asked by Allah to sacrifice Ismail (AS), his son in order to test his submission and love for Allah. He obeyed Allah (SWT)’s order and without any second hesitation, he started to prepare himself and Ismail (AS) for the sacrifice.

Later on, Prophet Ibrahim (AS) took his son along and reached Mount Arafat to follow the sacrifice. He shared his dream with his son upon reaching the mountains. His son obliged and followed the same beliefs that it was a step of obedience for Allah (SWT).

Qurbani means to sacrifice and it plays the role of a strong reminder to us that anything which is close and precious to you can be sacrificed. Those animals that meant to be sacrificed are cared for and felt as essential and valuable assets.

On the day of 10th Dhul Hijjah, the last Islamic month, Muslims throughout the world follow the ritual of Qurbani in which they sacrifice there animal and enjoy Eid-ul-Adha, this wonderful day of the month. The devotion of Prophet Ismail (AS) Ibrahim (AS) is rejoiced and celebrated on this day.