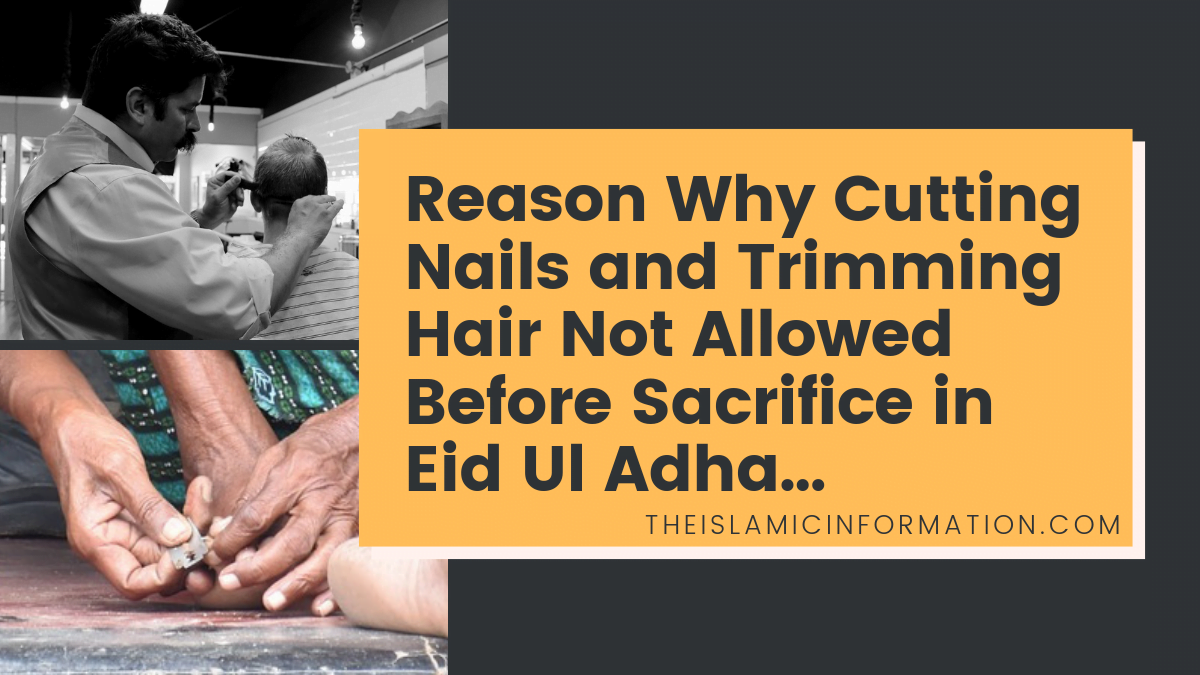 Cutting Nails and Trimming Hair are not allowed during the first 10 days of Dhu Al Hijjah for those who are getting animals to sacrifice for Eid Ul Adha.

A very common question people ask us whether they should cut nails and hair before Eid Ul Adha as they want to sacrifice the animal in the month of Dhul al Hijjah. So today, we will talk with reference to its authenticity.

As we have discussed in one of the previous blogs about the things you shouldn’t do while wearing Ihram, it also prohibits cutting nails and hair before that person sacrifices an animal.

But, as per the hadiths, it is only applicable for the person who is doing the sacrifice, let’s say if a family have 5 people, and only one person is paying for the cost of an animal for sacrifice, then that person is not allowed to trim the hair or cut nails, but his family can cut or trim hair as they like. Because Prophet Muhammad PBUH never prohibit his own family to do so, but he didn’t cut his nails and trim hair during this period.

There is a direct hadith about it;

Prophet Muhammad PBUH didn’t describe why one shouldn’t trim it, but the scholars have described that not cutting nails and trimming hairs in the initial days of Dhul Hijjah is a part of Sacrifice on Eid ul Adha.

Have any question? Feel free to reply in the comments box below and we will reply to you as soon as possible.

in our house sacrifice will be done in the name of my father. So in this case son or other member of families can cut their nail

Just a humble request to be careful with wording as I know you did not mean it. Qurbani is done in the name of Allah S.W.T. It is done FROM or ON BEHALF of a person, i.e., the primary beneficiary of the JAZAA. Jazaak Allah.

Jazakallah! I am searching for the top Islamic sites and then I saw your website. That content is much useful with references.

Please ask this on theislamicinformation.com/Forums/ people there will answer it right away.

As i also doing sacrifice

why is it forbidden tho

Ask it in our forums, you will have an answer there.