Sneezing is a miracle of Allah which we see everyday. It is a reflex mechanism to get away with rid of dust particles, allergens and smoke in nose.

In different parts of the world, people say “God Bless You” after sneezing. Meanwhile, in Muslims we often see people saying Alhamdullilah after Sneezing, which means “Praise to be Allah”. And there are different reasons why Muslims say it.

Sneezing is a blessing of Allah as it creates an earthquake and our heart skips a beat, which is indeed a surprising fact. While sneezing, your body shuts down and you say Alhamdullilah, because Allah granted you a chance to live.

Saying Alhamdulillah after a sneeze is also a sunnah of our beloved Prophet Muhammad (PBUH), it is a Hadith that the person who listens the other person saying Alhamdullilah should say Yar-HamukAllah”

You will be amazed to know the role just a “sneeze” play in our immune system, These 6 facts are medically proven. A sneeze keeps us safe from all sorts of infections and and germs. Following are the benefits of Sneezing and saying Alhamdulillah after it; 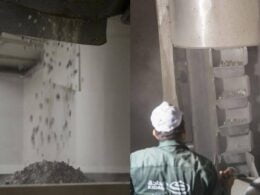