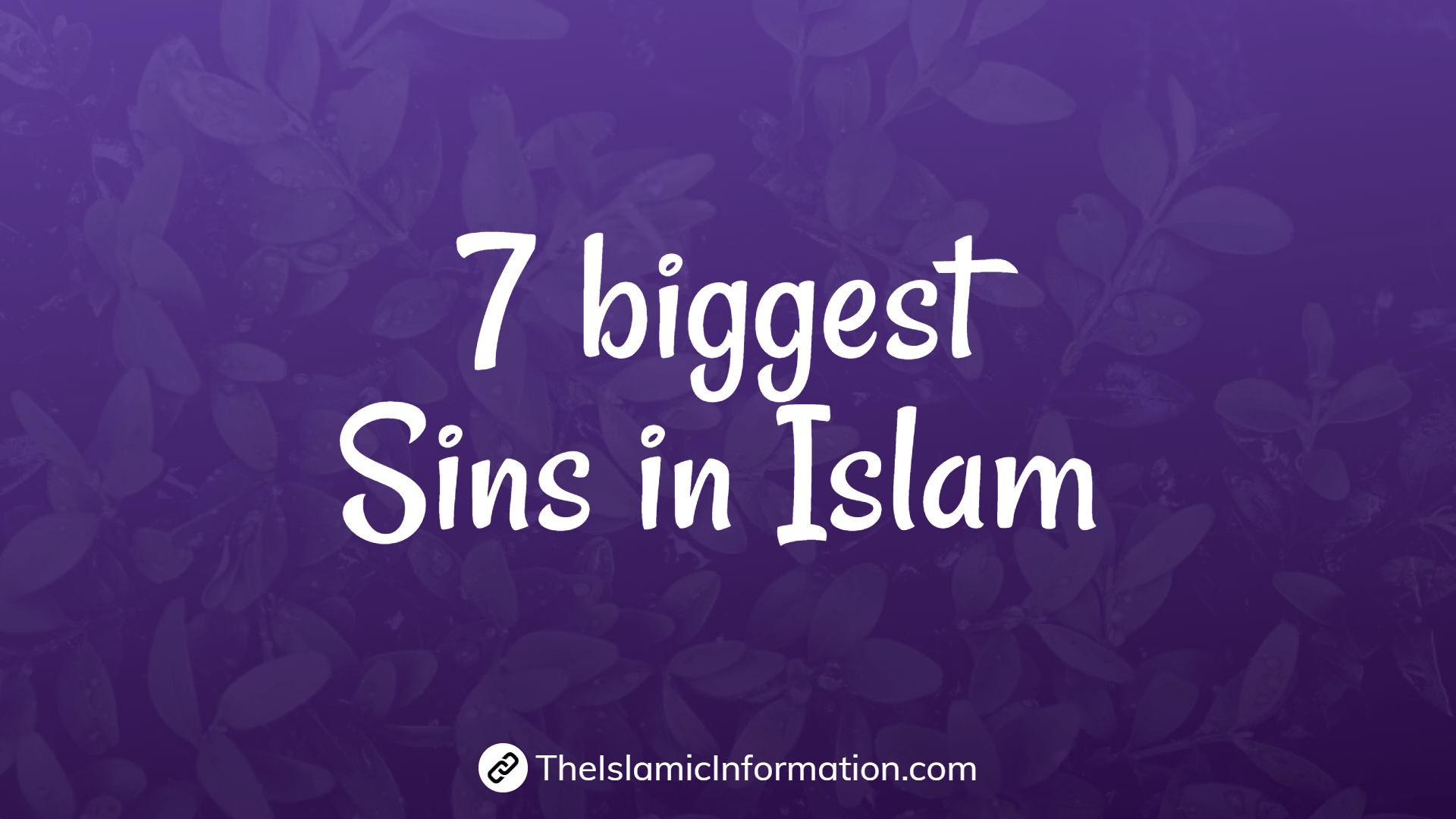 So, before we dive into the topic, here is the summary of today’s discussion.

What are the 7 biggest sins in Islam?

These are the details of 7 biggest sins in Islam and its authentication from the Holy Quran;

Polytheism or shirk refers to a partner to Allah (SWT) in worship, Leadership, or His attributes or name. It also appears among one of the destructive sins, as told by Allah SWT in the Holy Quran;

The second destructive and major sin is to practice magic which is strictly prohibited in Islam. It is also known as Sihr, an Islamic term. It sets on everything the reason for which is hidden and everything which can be imagined by saying or by comparing that takes place as hypocrisy.

A verse from the Holy Qur’an clearly states that the magician only deceives the eye of the person and makes them think that they followed a real trick yet, it is only an illusion. Therefore, magic, including al its types and forms, are major sins.

Murdering someone or taking someone’s life unjustly is a major sin, as it enhances violence, chaos, and disorder in society. Islam, the divine religion, maintains the blood of the Muslims and secure the societies from such chaos and violence. Islam denies us from shedding the blood of innocent people.

Riba is a term for an increase in the specific forms of wealth and items. It appears among the major sins as Allah and His messenger, Prophet (PBUH) stated it among the highly destructive sins. In Quran it is stated;

5. Consumption of the Orphan’s wealth

Our religion strongly cared for the wealth and property of the orphans. It allocated him, a person, to be his guardian, who would be held responsible for crying for him, educating him, and taking care of his wealth or property. Taking the wealth of an orphan with injustice is unlawful and forbidden in the sight of Allah (SWT).

6. Running away from the battlefield

The consecutive destructive sin is to flee away from the battlefield during a war. Allah (SWT) and the beloved Prophet (PBUH) have strictly warned people who flee from war and threatened them with the Hell-Fire. Allah SWT said in the Holy Quran;

7. Accusing Adultery on a women

People who accuse pure women unjustly of committing adultery, illegal intercourse, is cursed in the world and also hereafter, and also deserves serious punishment. In the Quran, it is mentioned;

Be careful about saying magic is bad in all forms.

Today, a magic show is like a performance – similar to poetry. In Islam, magic refers to the trickery of the soul, like how a politician lies.