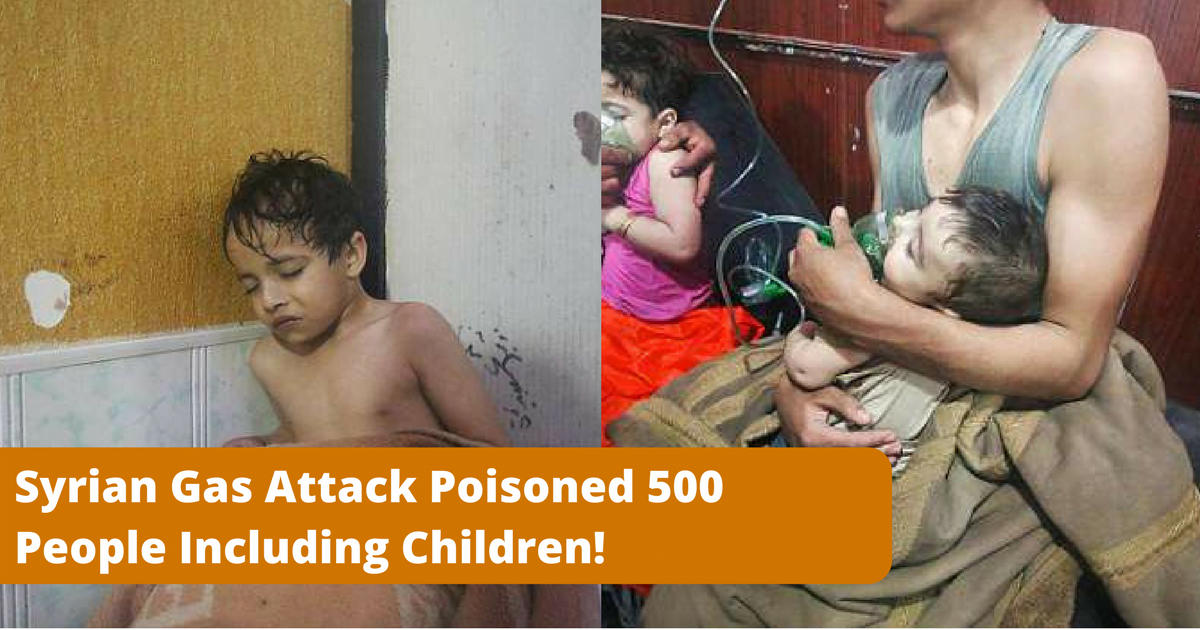 WHO reveals that almost 500 people showed deadly symptoms of poisonous attack in the Douma, Syria. WHO trying to give immediate aid to the people who are stuck in hospitals which does not even have instruments to treat the symptoms these people are getting.

These were Bashar al-Assad’s forces who did this gas attack on Syrian people, people all around the world have weeping over the situation and want to help them. The death tolls are rising and most of it having the little children.

Douma has nothing where they can get the aids as the outskirts of this area are being captured by rebels and has became a complete war zone. Many people are reaping the donations online to help them which is nothing but a fraud because there is no way people can actually help them when all the entry ways are blocked and being bombed every hour killing a huge amount of innocent civilians every minute.

World Health Organization (WHO) seeking United Nation’s (UN) help to have them enter in the city to treat the ones who are exposed to this poisonous Syrian gas attack. The videos below show the aftermath of this deadly attack on these innocent children.

This is indeed heartbreaking to see these innocent soul suffer as they are very young to bear such horrendous amount of pain. It has been many years since Syria is suffering from this diseases called “WAR” which caused the deaths of many innocent people in the Syrian region.

What do you think about it ? Let us know in the comment section below.