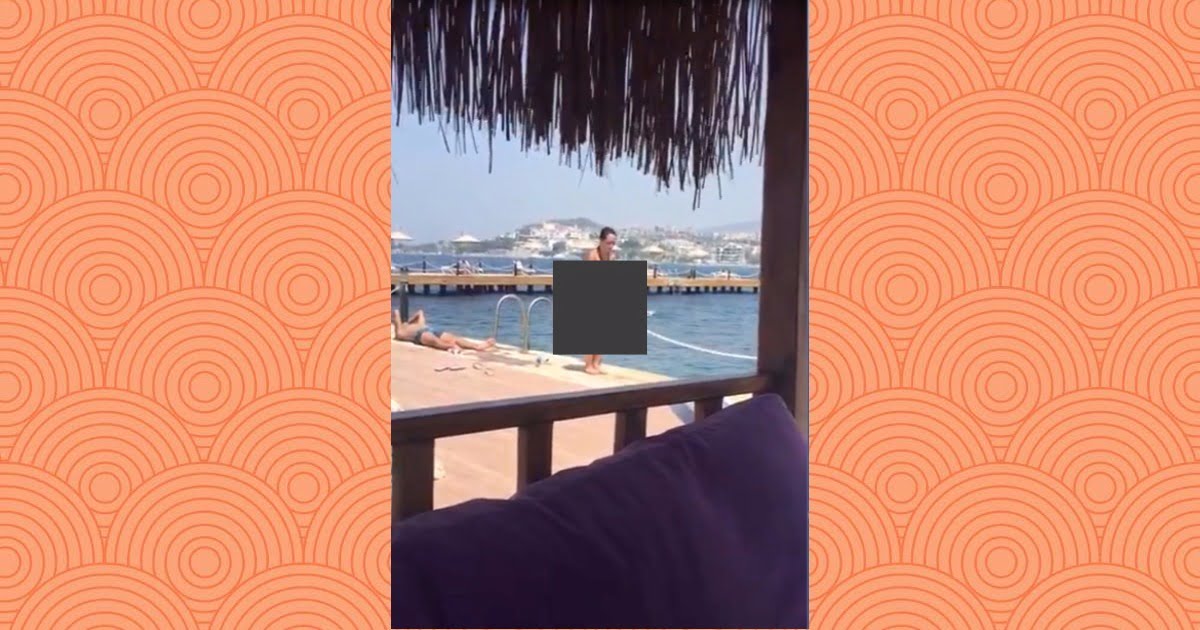 Bikini and Praying like Muslims, a girl seen mocking Muslims as she prayers in her bikini openly on a resort.

The video that was uploaded on Youtube and Facebook has gone viral and it is really hurtful to see that girl openly mocking a religious group while no one is stopping her to do so. If it was any other religion then it would be a bigger an issue by now, since it’s Islam then body cares about it.

This video can be seen here: (Raw Footage uploaded on Youtube)

Stupid girl praying (Like Muslims) to mock Muslims. Such a Shame! Hate to see Muslims humiliated like this. Very sad! pic.twitter.com/hgZbKeYyxx

No TV channels or any Web Blogs are loving it, this seems to be something “Normal” for them, but for Muslims it is outrageous. Muslims all around the world are protesting about this girl but nobody seems to notice the big movement against this woman is going on.

Islam does not allow a woman to wear revealing clothing. And to pray, a woman has to be fully covered. But in this video, a girl is seen praying in a bikini which is never accepted in the Islamic religion.

Lot’s of things are conspiring against Muslims but the things against other religions are not acceptable just because it is not Islam.

We urge all the people in the world to stand up and share this as much as they can so the forces can track this girl and give him the sentence as per court on the Mockery or the Humiliation of the Religion so it will never be repeated by anyone ever again.

Muslims are around the world are living with humiliation from the people from other religions but Islam does not allow to mock anyone’s religious beliefs but instead, Islam says to be respectful to each other and respect each other’s faith and that’s exactly what our Muhammad (PBUH) has taught us.