Home » Stories » On Her Wedding Day She Died! – Read This Amazing Story!

On Her Wedding Day She Died! – Read This Amazing Story! 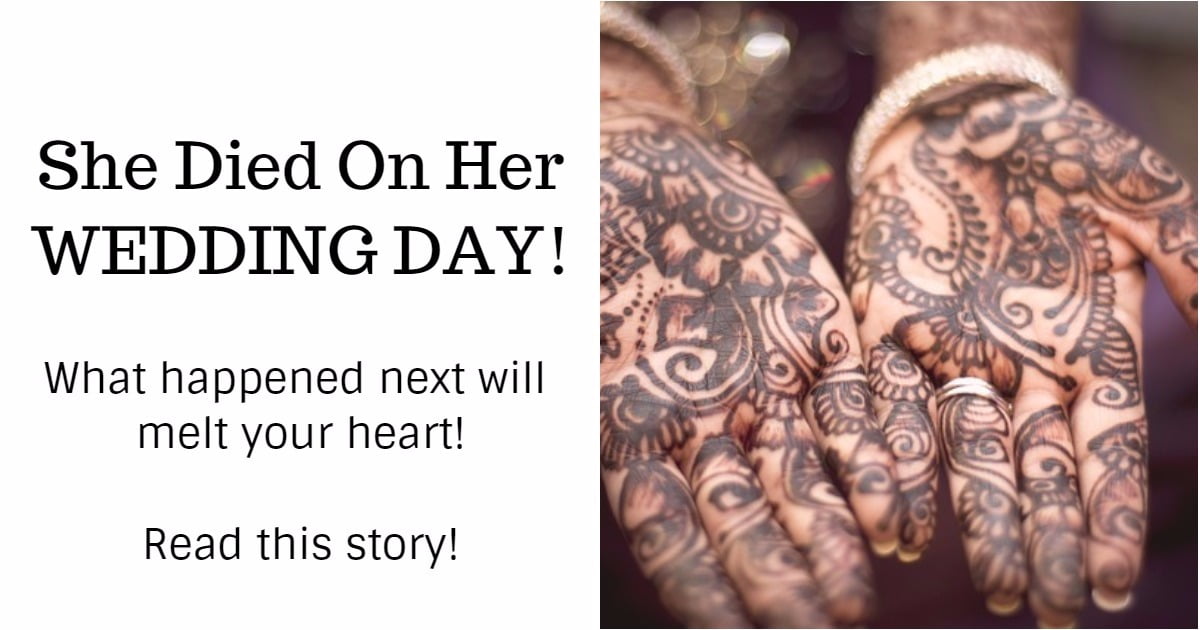 Wedding day and death on this day is a heart-wrenching thing, the story you’re about to read is true and being told by Sheikh Abdul Muhsin al-Ahmad.

It happened in Abha (the capital of Asir province in Saudi Arabia).

“After performing Salat al-Maghrib, she put her makeup, wore her beautiful white dress preparing herself for her wedding party, then she heard the Adhan of Ishaa and she realized that she broke her wudhu.

She told her mother:
“Mother, I have to go to make wudhu and pray ‘Ishaa ”her mother was shocked: “Are you crazy ?!! Guests are waiting for, to see you! What about your makeup? It will be all washed away by water!!” then she added” I am your mother and I order you not to perform salah now! Wallahi if you make wudhu now, I will be angry with you”.

Her girl answered:” Wallahi I won’t go out from here till I play out my salah! Mother, you must know that there is no obedience to any creature in disobedience to the Creator.”!!

Her mom said:” What might our visitors say in regards to you when you’ll up in your wedding party without makeup?! You won’t be beautiful in their eyes! And they will make fun of you!”

The daughter asked with a smile:” Are you worried because I won’t be beautiful in the eyes of creations? What about my Creator?! I am stressed on the grounds that, on the off chance that I miss my salah, I won’t be lovely in His eyes” she began to make wudhu, and all her makeup was washed away, but she didn’t care than she began her salah and at the moment she bowed down to make sujud, she didn’t realize that it would be her last one! Yes! She died while in sujud!

What an incredible consummation for a Muslimah who demanded to comply with her Lord! Many individuals who heard her story were so touched!!

She put Him and his obedience first in her priorities, so He granted her the best ending that any Muslims would have! She wanted to be closer to him, so he took her soul in the place where Muslim is the closest to him! SubhanAllah!

Do you guarantee that you will live for the next minutes? Hours? Months?!!

No one knows when their hour will come. Or when will they meet Angels of death

So are you ready for that moment?

What do you choose: pleasing yourself by not wearing a Hijab or your Lord?

Are you ready to meet Him without Hijab?

May Allah control all of us towards what satisfies Him and give everybody who is perusing these lines great ending,
Ameen Ya Rabb.