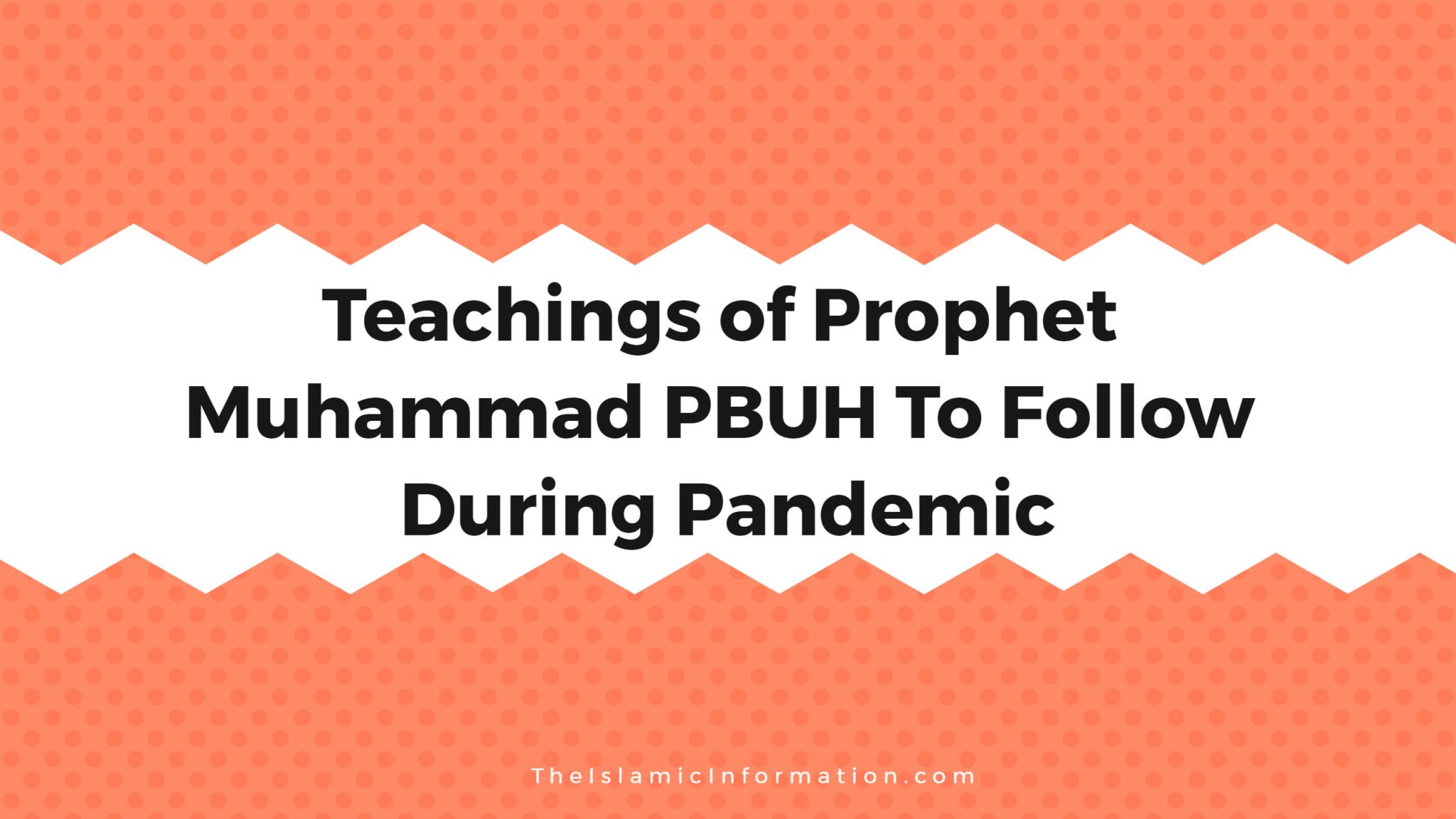 In these desperate times due to the COVID-19, During Pandemic, Muslims should follow the teachings of Prophet Muhammad (PBUH). Considering the aspects of life, Prophet’s (PBUH) steps during such crises are also ideal for us.

He (PBUH) asked us to do following things during a pandemic;

Purifying the way of living:

As the verse mentioned above states, our beloved Prophet Muhammad (PBUH) used to frequently encourage the Muslims to maintain measures of prevention in order to boost their immunity. In the past, few contagious diseases already took place.

In such cases, He (PBUH) always guided the believers of Allah to stay isolated. Also, if someone’s death took place because of the disease, He (PBUH) encouraged them to follow the rituals of burying on the spot.

It is also believed that at the time of emergencies, for instance, a war, He (PBUH) buried a lot of dead soldiers without giving them the regular washing and shrouding in order to complete the process quickly.

Yet, our Holy Qur’an states that;

The last messenger of Allah (PBUH), always emphasized and gave importance to: