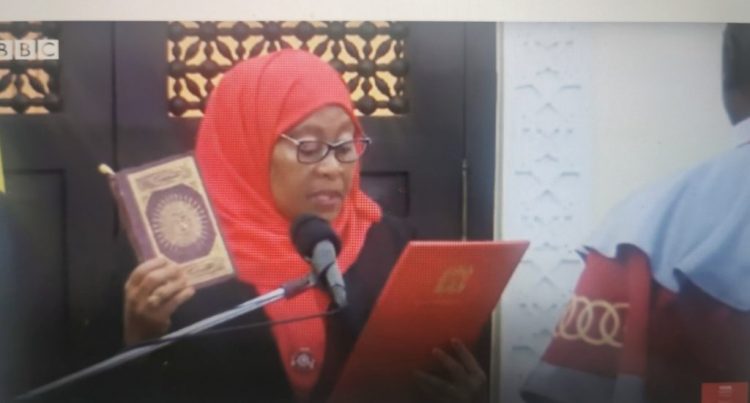 Samia Suluhu Hassan has now sworn as the first-ever female president in the history of Tanzania.

Hassan will serve as the Vice president after the sudden death of John Magufuli.

Tanzania is a Christian-majority national with a population of 62 million. Muslims make up 35 percent of the total population in Tanzania.

In her first public address, she extended her condolences to the ex-president who has been passed away and made March 22 and March 25 public holydays to respect the ex-president’s burial.

She has over 20-year of experience in politics in Tanzania. She was born in January 1960 in Zanzibar. She studied public administration and attended Manchester University for her Post-Graduation.