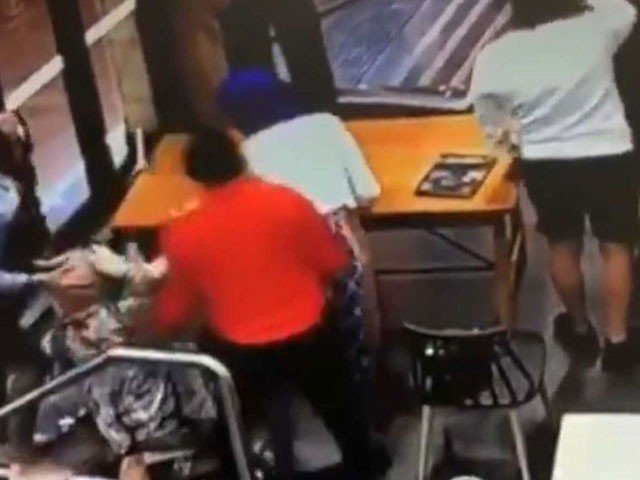 A man in Sydney is charged with an assault on a pregnant Muslim woman, which is labeled as an Islamophobic attack.

Shocking CCTV footage shows a man approaching a table where Muslim women were sitting on Wednesday (November) in Australia and the next thing you will see pregnant Muslim women being attacked by a guy.

A suspect is a 43-year-old man who has been seen beating 31-year-old pregnant woman, Australian police said she is 38 weeks pregnant.

Bystanders were able to push the guy away from the incident. Luckily, police arrived and arrested the guy with “assault occasioning actual bodily harm and affray” as well as denied his bail.

Australian Federation of Islamic Councils (AFIC) also said that the man was yelling things against Islam. The woman was taken to the hospital after this incident.

Recently researchers at Charles Sturt University have claimed around 113 Muslim women have been physically harassed in Australia and 96 percent of them were wearing headscarves.