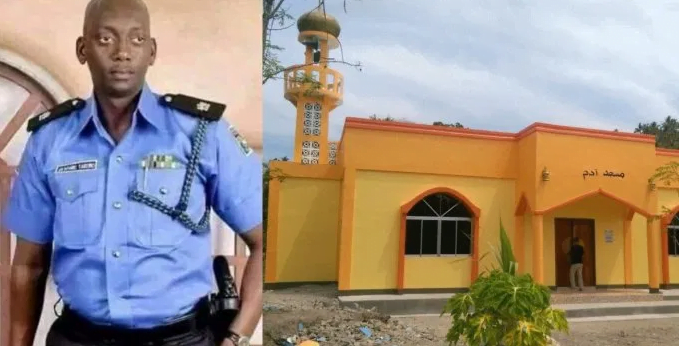 Among the bad and evil Police Officers, there are still good ones present. A Nigerian Police Officer had made a promise to utilize his wealth to spread Islam and creating more Muslims further with the help of God’s grace.

To serve his purpose, he initiated with building a Mosque and an area of ablution. This officer appeared to be the best example of Oasis.

This Nigerian Police Officer deserves an award or some privilege of special honor for his social and Islamic move and the gesture of kindness.

The Nigerian Police Department is famous appearing among the notorious departments in the world. However, the Officer gave the whole Muslim community a hope that there is always a difference present. On the other side, every person dreams to save the salaries, purchasing a house, having a luxurious car and living a life full of peace.

Then there are some individuals who focus on earning higher rewards from Allah (SWT) in this life and hereafter by their wealth and acts.

They prefer to use their salaries on developing Mosques, feeding the poor ones and seeking Allah’s (SWT) mercy. His performed act of generosity and kindness would provide him with continuous rewards from God.

Such deeds help the souls to gain benefits even after their departure from this world. Even though unfortunate circumstances prevailed over the years, such strong forces that are present in the largest quantity within Africa have made effective management complicated. In the line of duty while in 2009, a few 250 amounts of policemen and women were shot and killed.