Dalai Lama said in a statement that Europe belongs to Europe, and refugees should go to their respective homes, which includes 70% Muslims.

He further said that refugees should leave Europe and go back to their countries and rebuild their own countries rather than being a liability in Europe.

These refugees include a huge amount of Muslim population, and most of it comes from Syria and Rohingya, Rohingya is the Buddhist dominant place where the massacre of Muslim happened and many Buddhist leaders stayed silent including Dalai Lama.

Such remarks have caused a great amount of anger in Muslims community all around the world, Muslims are labeling these remarks as insensitive and full of shame. Muslims believed that the Dalai Lama is doing it on purpose to rationalize his Buddhists monks’ Muslim massacre.

Lama, whose remarks indirectly dictating Muslims to leave Europe is something causing great chaos, as most of the refugees are Muslims and belong to the countries invaded by the United States which includes Afghanistan, Iraq, Syria, Yemen, and many other countries whereas, Rohingya Muslims had also flown their countries because of the grand massacre of Muslim by Buddhist monks in Myanmar.

This is a developing story will be updated accordingly as any new update comes. 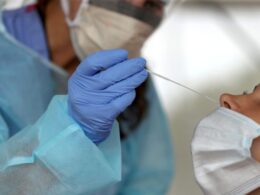