The United Nations (UN) has put India and Israel, both handy partners, amongst 38 shameful countries, which United Nations (UN) said had accepted out retaliations or pressure against people collaborating with it on human rights, through killings, arbitrary arrests, and torture.

“Establishments frequently stimulating human rights campaigners with violence or charged them for collaborating with foreign units or destructing the state’s standing or safety,” UN added.

“There is a disturbing prejudice in the use of countrywide safety influences and counter-terrorism plans by states as a disagreement for excepting admission by societies and civil culture administrations to the UN,” UN’s report said.

The shameful countries list involved 38 countries, of which 29 countries are open with new cases, as well as 19 with ongoing cases.

Women supportive towards the United Nation had informed threats comprising rape and being the focus to online abuse attacks, and United Nation crew often met persons who were too scared to express to them, even at United Nation headquarters in Geneva and New York.

Andrew Gilmour, United Nations Assistant Secretary-General for Human Rights, will present the information to the Human Rights Council next week, said in a declaration that the cases in the presentation were the tip of the iceberg. “United Nations are also regularly observing legal, party-political and organizational fences used to bully and silent the civil civilization,” Andrew Gilmour said. 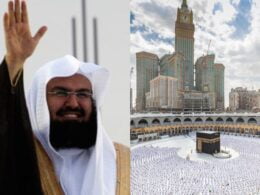