HomeNewsIslamophobia increased in the United States after 9/11, poll
2 minute read
No comments

According to the poll, 69% of Muslims in the United States have personally experienced at least one or more incidents related to anti-Muslim discrimination since 9/11 happened in 2001.

The poll conducted by the Council On American-Islamic Relations (CAIR) is a part of a report that aims to analyze how the September 11th attacks affected the American Muslims community over the past 20 years.

This poll was held online from 12 August to 3 September and managed to collect a total of 1,053 responses.

The report wrote that the attacks on September 11, 2001, undeniably increased hate crimes throughout the United States, which have not yet ended even after 20 years later. Although the attack itself increases hateful sentiment towards Muslims, Islamophobia itself is also often used by politicians and the media as a manipulation tool to instill hatred and increase fear of Muslims here and abroad.

The results obtained from the poll are:

CAIR ended the poll by saying that the result of this poll shows that American Muslims have suffered significant and ongoing harm from the attacks over the last 20 years.

However, despite the increasing Islamophobia after the 9/11 attacks, many American Muslims have managed to overcome the challenges they face and have even managed to thrive in all aspects of society, including philanthropy, activism, media, entertainment, and civic engagement. 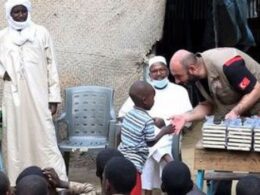