UP, INDIA – According to reports, a historic mosque in Uttar Pradesh was demolished on Sunday to widen the road.

The Hindutva regime demolished the mosque under the pretext of widening the road, according to journalist and activist against Islamophobia CJ Werleman.

According to the 42nd Amendment of India’s constitution, “India is a secular nation,” reported non-partisan journalists’ platform Saffron Diaries. A historical mosque, however, was bulldozed by the state.

Sher Shah Suri built Shahi Masjid in Handia, Allahabad, during his reign, according to Muslim Spaces.

While the matter was reportedly listed for January 16 in the lower court, it was demolished in the presence of the Public Works Department.

Thirty years have passed since Hindu hardliners tore down the 16th-century Babri Mosque in the northern Indian city of Ayodhya, claiming it was Ram’s birthplace.

As part of its condemnation, Pakistan has called on New Delhi to ensure that the historical mosque is rebuilt and that the criminals responsible for its destruction are punished appropriately.

A court in Uttar Pradesh recently ordered a survey of the 17th century Shahi Idgah Mosque in Mathura, 57 kilometers north of Agra city, after a right-wing Hindu group claimed the mosque was built on Krishna’s birthplace.

Mathura’s local court requested an archaeological survey be conducted after January 2. After January 20, the report will be submitted.

The BJP government of Prime Minister Narendra Modi is committed to spreading an anti-Muslim narrative in India.

A People’s Union for Human Rights report shows that nearly 500 mosques and shrines have been demolished in Gujarat with impunity.

Surinder Khochar, an Indian researcher who studies religious places in India and Pakistan, found that 650 mosques of various sizes disappeared in Amritsar during the anti-Muslim drive.

As a result of this anti-Muslim narrative, thousands of Muslims in the Indian state of Uttarakhand are threatened with eviction.

Amit Shah has repeatedly claimed that Muslims have committed “land jihad” in India by occupying Hindu spaces and that BJP laws will end this practice. 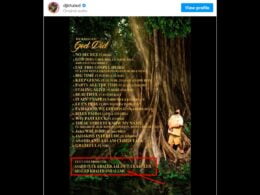