The Government of China is following draconian measures to decrease the birth rate of the Uighur Muslim Women and other local minorities, as a portion of their mission to hold down the Muslim population along with which they are encouraging the Han majority to have more kids.

Although women have stated about the forced birth control this practice is now spreading more than it was before, as per the investigation on state documents, interviews with the former detainees, camp instructor and family members, and from the government’s statistics.

The camps in the far west area of Xinjiang is becoming a demographic genocide, as per the experts, since the previous four years. The state regularly focuses on the women of the minorities and their pregnancies. They encourage them to have sterilizations and even abortions at a time.

Besides the fact that sterilization and IUDs fail worldwide, it is sharply increasing in the Xinjiang area on Uighur Muslim Women. Such population controlling methods are to form mass detention and to punish the minorities if they fail to comply.

Having big families cause them to land in the detention camps, in accordance with the investigation, with distributing the parents having three or more kids until they pay big amounts of fine to them. Police also raid houses making the parents terrify as they search for their children.

After the Chinese-born Kazakh, Gulnar Omizakh gave birth to her third kid, the officials instructed her to get IUD done. They further fined her more than 2,400 Euros on giving birth to more than two children who are only a housewife of a simple vegetable trader.

If she won’t listen, they would order her to join her husband along with millions of other ethnic minorities to be locked up in their own developed camps on having a bigger family. 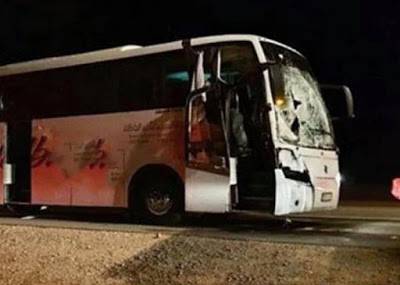