IRFI were removed from the charity register earlier this month when regulators ordered their disbandment after they were found to have funded a TV program that was accused of inciting violence and murder.

In a statement, the Charity Commission said it had found that IRFI trustees had made a mistake by continuing to fund Peace TV channels which were found to have committed several violations of the Ofcom Broadcasting Code.

The Commission began its investigation into IRFI in April 2020, when trustees on charitable governance reported serious incidents related to media regulator Ofcom’s investigation to the Peace TV channels. Ofcom itself has found that since 2009, the Peace TV channel has continued to broadcast programs that violate the Ofcom Broadcasting Code. Peace TV was judged to have incited violence and murder as well as contained hate speech and abusive treatment.

According to the data found, it is known that 96% of the agency’s charitable spending from 2015 to 2020 i.e. around £3.6 million was granted to Universal Broadcasting Company, the parent company of the Peace TV channels’ two licence holders.

According to Assistant Director of Investigations and Investigations at the Charity Commission, Tim Hopkins, the charity has been mismanaged by trustees who failed to manage charitable relationships with the Peace TV channel following the Ofcom findings. These repeated governance failures prevented the charity from surviving and its dissolution was ultimately confirmed by the Commission.

He added that the Commission had also determined that Dr Zakir’s behaviour made him unfit to act as trustee and to hold senior management positions at any charity in England and Wales.

Iraq Declares Any Relationship With Israel a "Crime" 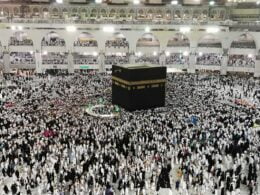