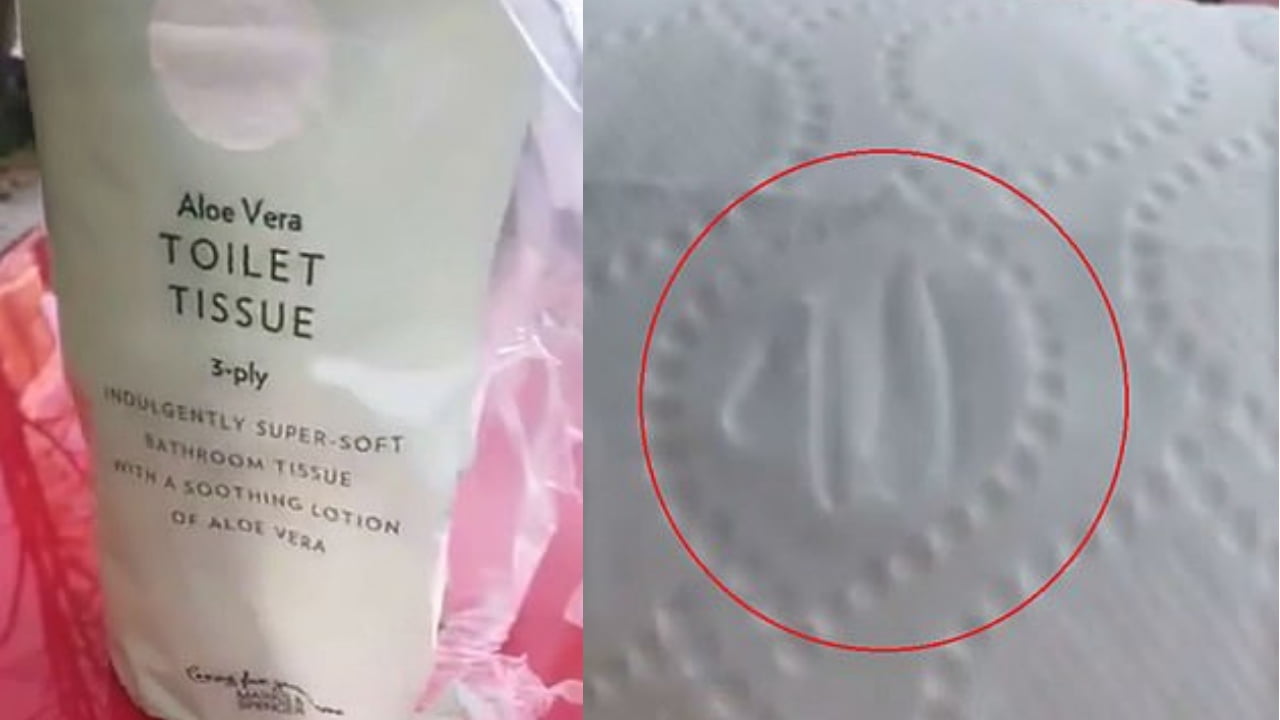 A video went viral which shows a toilet paper manufactured by M&S had printed the name ALLAH, it is clearly shown in the video.

Muslims have been boycotting all of their products after seeing such a thing.

But Muslims seem to believe that Marks and Spencer is just covering their back as they did not expect that something like this would come up.

A single roll of Marks and Spancer toilet paper costs about £2.50, and not just one but many customers claimed that they have spotted the same printing on every £2.50 toilet rolls they have bought in different countries in United Kingdom.

The hashtag “#boycottmarksandspencer” is trending on social media to push their campaign forword by forcing Marks and Spencer to remove such a logo from all the toilet papers. While, many other people are saying that it is nothing but an aloe vera logo.

Meanwhile, people in the west labels all this incident as a baseless claim and said that Muslims are making things out of nothing to gain attention.

Twitter is flooding with Pro Islamic and Anti Islamic rants, but many Muslims are vowing not to step into Marks and Spencer ever again as they have disrespected the thing, which is holy for all the Muslims.

What do you think about Please speak up in section below so people reading this can have your opinion on this matter. And if you want to add your voice to it, please write about it to us and we will publish it.