Petrol has been thrown on Kaaba, but before he could light it, armed forces approached and stopped this man who threw patrol on that sacred place.

More strange news are coming from Makkah after report of two suicides had been emerged. The suicides at Kaaba left many Muslims sad as no one would dare to do haram act there.

Breaking news says that a man has been caught throwing petrol at Kaaba. He was very close to Kaaba surrounded by a huge pool of people, before anything could happen he was caught by people there and later armed forces took that person to some unknown place. This incident spread like a fire on internet. 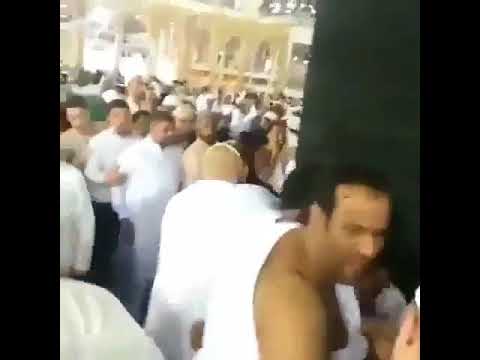 It is reported that the man was speaking different languages which made it difficult for people to understand what he was saying. This is why people found it tough to communicate or to seek the reason why he was doing that.

People all around the world are showing anger over this incident. People are still clueless that why would a person would do such a horrible thing. People also critisizing the Saudi security for letting people enter in mosque while holding petrol in his hand as it is the most unsecure thing in the world.

This incident has turned all Muslims into sad ones because this is something very unexpected and the growing numbers of haram incidents are becoming more popular these days while no security measures have been taken yet. Saudi armed forces are being put on high alert in the surrounding areas of the Holy mosque, but people are still angry over the administration of Saudi Armed forces who let a man holding petrol in his hands enter the mosque and risking that sacred places and a large number of human lives.