Malaysian Mosque Bans Tourist After the video of tourists Dancing In front Of Mosque had been shared online.

The law enforcement agencies are still trying to locate the pair who had been doing it, and told the media that they are Eastern Asian.

Here is the video of that incident.

The imam of mosque had instantly banned all the tourists as well as all the public transport will bring tourists to this location. Imam further said that he will have a big meeting with the tourists department to stop such incidents to happen.

Meanwhile, Foreigners are advised to wear decent clothes while visiting any mosque in Malaysia. 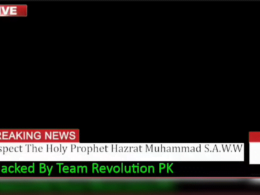