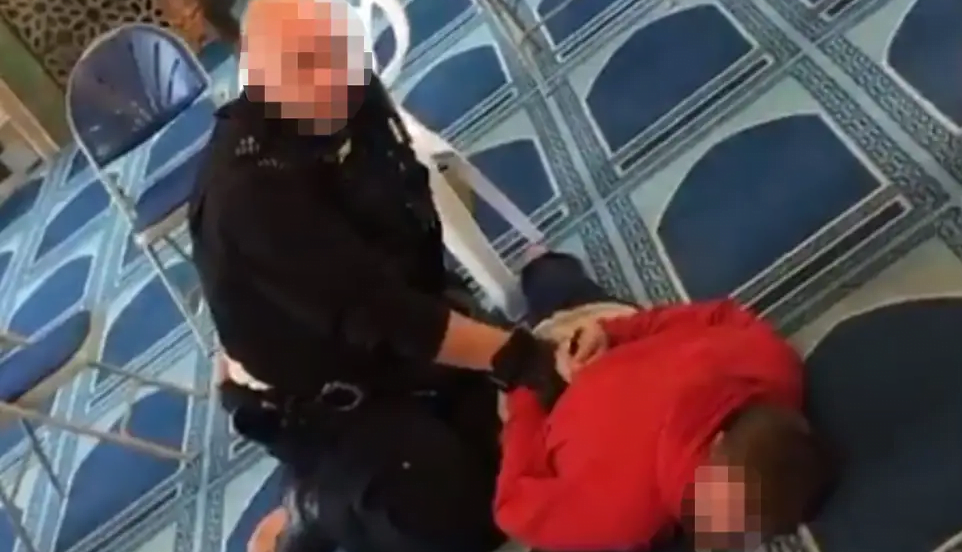 A worshipper has been attacked by a man at Regents Park Mosque located in central London as the worshipper was offering afternoon prayers, London police confirmed.

Police officers reached the mosque at 3:10 pm to find the worshipper in his 70s who sustained the stab injuries. He had been taken to the hospital where he is being treated for his critical injuries.

The injured man had been leading the Zuhar prayer as he is the imam of the mosque. London police have also arrested a man on suspicion of attempted murder of the imam of the Regents Park mosque.

Director of the Faiths Forums London, Mustafa Field said that people broke their prayers to save the victim and tackle the attacker.

The video footage of the incident showed a young white man is being tackled down by the London police inside the mosque. In a separate video, it can be seen, a sharp weapon about 10cm in length on the floor.

This incident happened just after a day when a gunman in Hanau, western Germany killed at least nine people.

First Muslim life peer who has been appointed to the chamber, Lord Nazir Ahmed, also told to ensure there is enough security during praying time at mosques and told worshippers to take extra precautions.

Upon investigation, some of the people have admitted seeing the person prior to this attack. Mr. Ahmad told the media that this is the biggest mosque in London and people come to pray to this mosque from all around the world. He further admitted he hasn’t seen him in the last 10 years.

CEO of Ramadhan Foundation said I pay tribute to the Muslims and all those police officers who controlled the situation. He added he is sad that the imam got injured, but the police saved a lot of people by reaching the mosque on time.