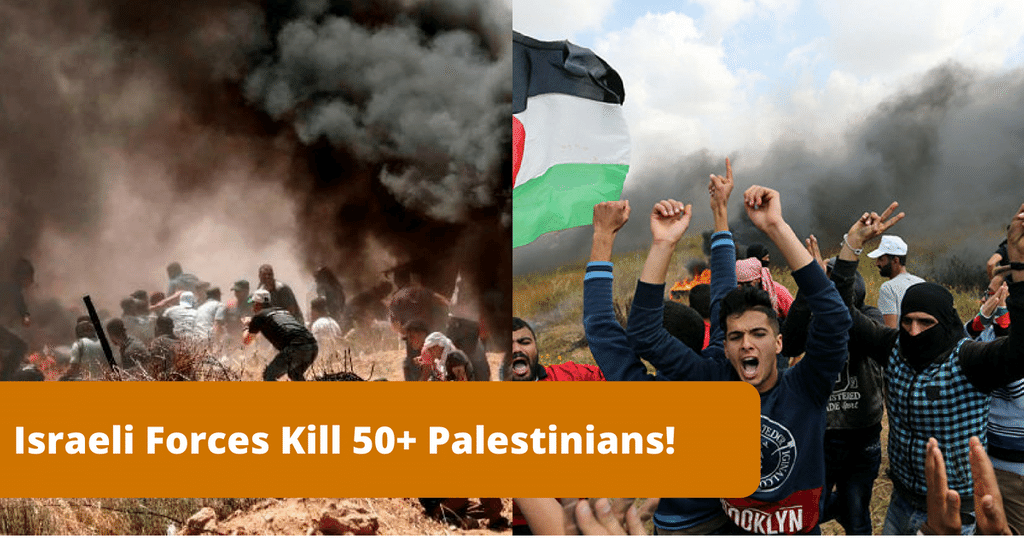 “Celebrations on the occasion of the opening of the US Embassy in Jerusalem and the pool of Palestinian blood in the Gaza Strip! This will go down in history Monday May 14, 2018. President of the United States Donald Trump, as promised, moved the embassy from Tel Aviv to Jerusalem.

He did not heed the opinion of even his allies in the European Union, who insistently demanded to refuse recognition of Jerusalem as the capital of Israel,”

Turkish President Tayyip Erdogan announced a three-day national mourning in the country in connection with the tragedy in the Gaza Strip, where Israeli security forces killed more than 50 Palestinians the day before and wounded about two thousand more.

“Turkey will react to this harshly. We recalled our ambassadors from Washington and Tel Aviv for consultations. We are convening an extraordinary summit of the Organization of Islamic Cooperation – I hope that on Friday we will meet in Enikapı (in Istanbul). We also propose convening an emergency meeting of the UN Security Council. We will hold talks with many leaders. Starting tomorrow, we announce a three-day national mourning, “Erdogan said on NTV television during his visit to the UK.

On the same day, Britain reported that it would not follow the example of the United States and move its embassy to Jerusalem, which, together with the 70th anniversary of the formation of Israel, provoked an uprising in the region. France called on Israel to show insight and restraint in the use of force.

Russia, like other powers, refused to transfer its embassy to Jerusalem. In Israel, they expressed their dissatisfaction with this decision. The official representative of the Israeli Foreign Ministry Emmanuel Nachshon called this intention of the Russian Federation “strange.” It is noteworthy that most European leaders ignored the opening ceremony of the US Embassy in the Holy City. Below is a list of countries whose representatives attended this event.

On May 14, the official opening of the US Embassy in occupied Jerusalem took place. Previously, US President Trump announced the disruption of plans to establish Iranian domination in the Middle East. America unambiguously and openly sided with Israel, and the previous US administration did the opposite: strengthened the position of the Islamic Republic with the help of the “nuclear deal” in the region and exerted pressure on Tel-Aviv, hampering its actions with both the Palestinians and the Lebanese “Hezbollah.”

The termination of the current nuclear deal with Iran, which de facto makes it a nuclear power, albeit with many reservations, allowing the development of nuclear technology along with the development of the missile program, aims to force Iran to recognize Israel, for only recognizing Israel can protect it from any hostile actions on the part of the Islamic Republic. The relevant work has already been carried out with the Arab Sunni regimes.

The executive committee of the movement called the events in Gaza “a massacre”, accusing Israel of state terrorism and a war crime “which does not and can not be justified.”