A video of a Saudi imam Criticizing Government of Saudi Arabia goes viral on the internet. This video is being viewed over a million times.

In the shared video which went viral shows, an Imam is criticising the Saudi government. The imam was speaking in Arabic saying how corruption is affecting their homeland and how Government is doing nothing about it. Imam made these remarks during that Jummah summon during the prayer.

As soon as he completes his remarks, few men came to the imam and started arguing and tried to warn him not to speak against the Saudi government. When imam said that he will speak the truth, then these men tried to hit him and started throwing him out. This video was shared on Facebook, shared over 100,000 times and viewed over 1,000,000 times. Many people are speaking about the behavior of these men who threw the Imam away on the Criticizing Government of Saudi Arabia and asking the relevant person for their arrest.

But on social media, many Saudis are supporting the people who threw imam out by saying that the Imam should not talk politics in the mosque. While the Muslims all around the world find it disrespectful to throw an imam out without any humble warning. The Muslim audience on social media seems to be divided over the opinion as many Saudis supporting their government and many saying that whatever the imam said was true. Watch this video below to know more and witness yourself what had happened at that mosque in Jeddah, Saudi Arabia. 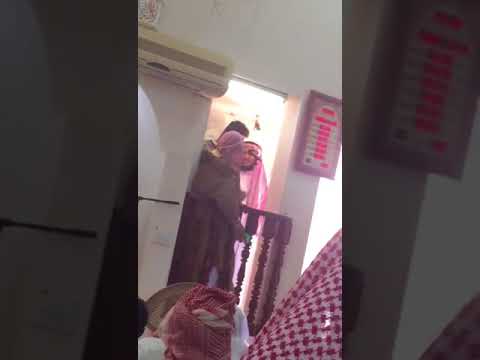 What do you think about this video? Do you think it is wrong to just throw out an Imam whose value in Islam is greater or it was wrong that Imam was talking about politics in Mosque? What are your views? and who do you support?