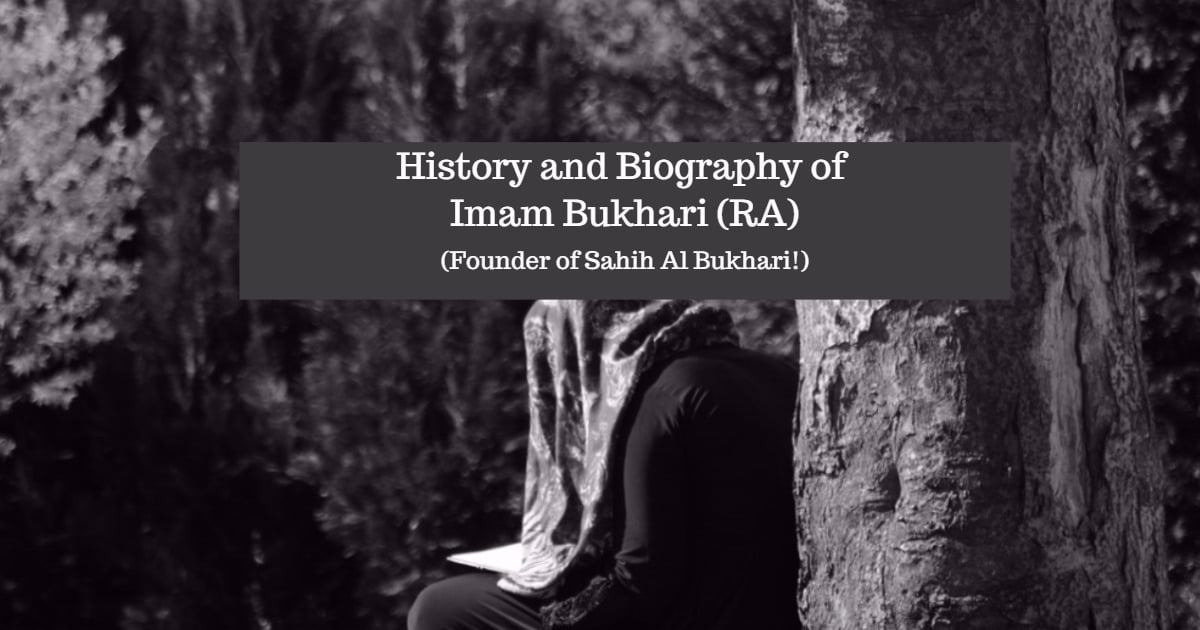 Imam Bukhari (RA) was the collector of Hadiths in the book called Sahih Al-Bukhari, it is one of the most authentic books among Muslims for Hadiths.

He was born on the 13th of Shawwal 194-AH in Uzbekistan. His father Ismail Ibn Ibrahim was a great Muhaddith (The person who collects Hadiths together), from his father he got the knowledge Hadiths. When he was just a child, his father passed away, later, his mother took a great care of him in bringing him up. Imam Bukhari (RA) had gone blind when he was very young. A lot of treatment had done but nothing happened to his eyes. His mother was a righteous woman, she used to cry in supplication for the eyesight of her son. One day, Allah accepted her prayers.

Ibrahim (AS) came in her dream and said, “Allah has accepted your prayers and the eyesight of your son has been restored.”, that morning when Imam Bukhari woke up, he could see each and everything very clearly.

By the age of 10, Allah has enlightened his heart with the interest of Hadiths, so, for the study of Hadiths, he took admission in the Hadith classes in the city of Bukhara. By the age of 16, he had become so expert and learned that his own teachers used to get corrections from him. And at the 16 years of age, he had learned and memorized all the Ahadith books by Imam Abu Hanifa (RA) and other scholars of Islam.

Upon his Hajj, accompanied by his Mother and Elder brother, they paid a visit to Masjid Al Nabwi, his brother and mother came back but he stayed there for further studies. During his trip he wrote “Qadaya as Sahaba”, after this he wants to Masjid Al-Nabwi, and it was when he started compiling the Hadiths, at that time he was just 18 years old. He used to sit in front of Muhammad Prophet (PBUH)’s tomb in the moonlight hours. Muhammad Ibn Yusuf Al Furyabi wrote that by the time he started collecting these, “Imam Bukhari did not have facial hair.”

The memory of Imam Bukhari (RA) had an unbelievable memory that when he was just a child, he had memorized around 2,000 hadiths by heart. He also taught 9,000 people in the light of Sahih Al-Bukhari.

And today, billions of Muslims around the world, use this book as an authentic source to clear their doubts. SubhanAllah!

On his last night, at the time he reached the age of 62. People started having double views about him so he made this dua to Allah the Almighty; 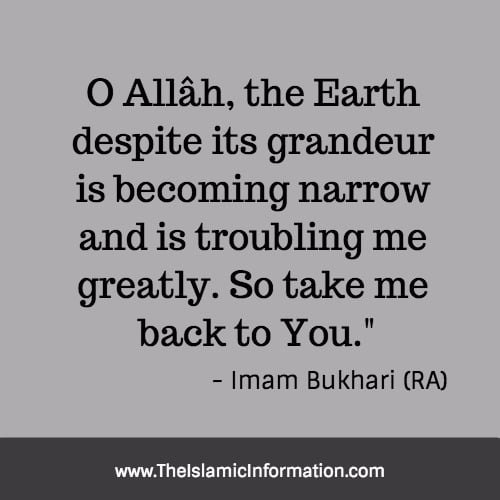 After praying this, he went to bed and his soul departed on his bed peacefully, the day of death is was the Eid Al Fitr (Also known as 1st Shawwal) in Samarkand, Uzbekistan.

This is where he is buried;