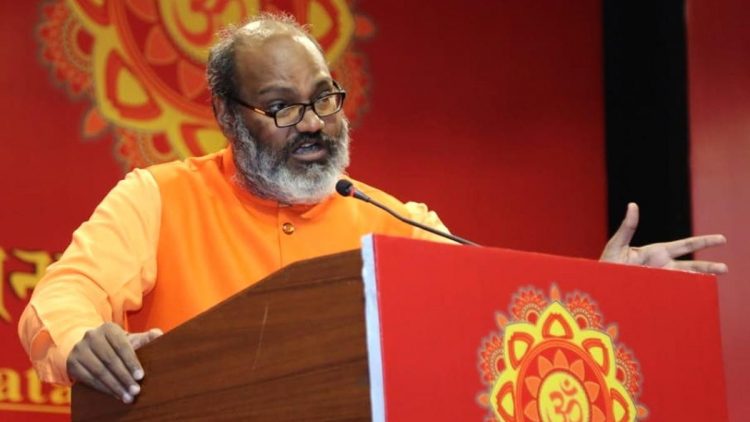 In a video that went viral, he was seen calling Prophet Muhammad (PBUH) a “dacoit” and a “robber” and called Islam a “Filth”.

He is the head priest of Dasna Devi temple in Ghaziabad.

Right after the hatemongering priest completed his press conference, Delhi Police promptly registered the FIR against him for hurting religious sentiments.

Muslims all around the world have condemned this press conference.