As per Islamic view, he was the Son of “Haran” and nephew of Ibrahim (AS), also known as Abraham. The explanation of Lut (AS) holds the most area of Quran. Quran also draws the attention of Muslims towards Lut (AS)’s wife and labeled her as “Example of Unbelievers”, because she was married to a righteous man and she cheated on him.

The nation of Prophet Lut (AS) was into Homosexuality, in easy words, having the relationship with the same gender, Male having a relationship with Male and Female is hanging out with Females, which is very common in today’s called LBGT. And today, we can still see people openly doing it and calling it “LOVE” which is nothing but a delusion as it is highly prohibited in Islam.

Since Lut (AS)’s nation was into homosexuality, so Allah ordered him to warn his nation of the consequences. So Lut (AS), went to his nation and warned them various times but his nation was very corrupt that they did not believe what Lut (AS) told them. So at last, Allah gave severed punishment to his nation which is very well described in the video above.

We at The Islamic Information brings you the story which is well described which you can scroll up and watch and share it as much as you can. This story gives us the lesson that Muslims should not indulge themselves in the sinful things as the end of it is always painful. We should keep repenting to Allah (SWT) for all the wrong things we have done in our past. 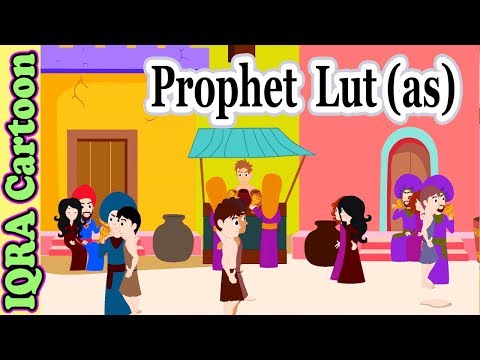