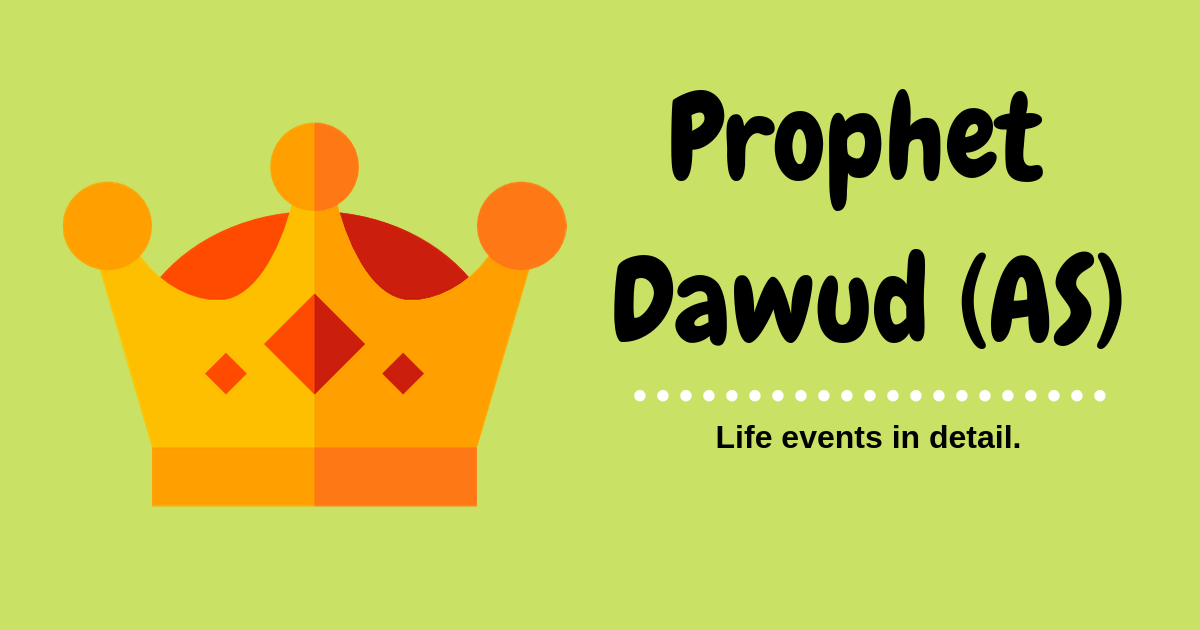 Prophet Dawud (AS) also known as David in Jewish scriptures, was born in the 10th Century, in Jerusalem. He was known for defeating Goliath and becoming the King of Israel. The name of Prophet Dawood (AS) has been mentioned in the Quran for 16 times.

The holy book Zabur (Psalms) was revealed on Prophet Dawud (AS)

Talut and his army went to conquer Palestine with his Army. In the Palestinian army, there was a big giant ruthless man called Goliath. Half of the Talut’s army had left after seeing that man, it was the time when Prophet Dawud (AS) came forward to fight Goliath and beat him in combat.

Talut as promised in the battle that he would marry his daughter to whoever beat Goliath, he kept his promise and married him to his daughter Miqel.

He had a beautiful voice

He had a beautiful voice that when he recites sang praises for Allah, Even Birds, plants and mountains would enjoy listening to his voice.

Dawud (AS) could understand the language of Animals

Dawud (AS) was given the ability from Allah SWT that he would be able to understand the language of Animals.

After seeing success, Talut got jealous of Dawud AS and sent him to a deadly battle, which Dawud AS won! After that Dawud AS’s wife informed him that her father is planning to kill him, and asked him to leave Israel so he left.

When Dawud (AS) becomes the king of Israel

After leaving Israel, Dawud (AS) rested in a cave, where one by one many person came and asked for his help to get rid of Talut as he was ill-treating every man in the Kingdom. Talut after realizing that Dawud (AS) has strong men, he decided to kill Dawud (AS), but Dawud (AS) proved that his message is of love not hate by not killing Talut as well as Dawud AS forgave him.

After few years Talut died in a battle and Prophet Dawud (AS) was made the king of Israel.

What happened next? We have made a video out of it, do watch it to get every detail of Dawud AS’s life

The full story of Dawud (AS) in Detail