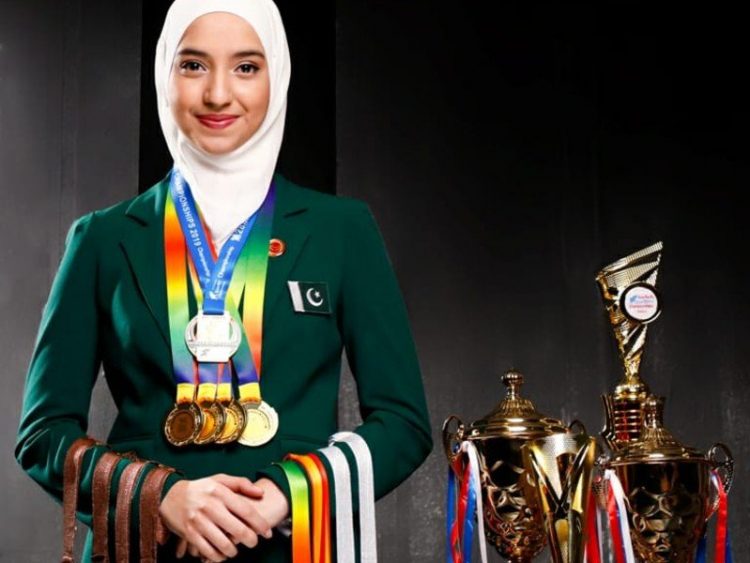 In London, A young Pakistani girl, Emma Alam won the 29th World memory championships global finals. She beat more than 300 competitors from all across the world.

In this year of the world record championship, Syeda Kisa Zehra and Emma Alam had broken many world records from Pakistan’s team.

In 1991, the World Memory Championship was founded by the famous world-renowned Raymond Keene and Tony Buzan. Their goal was to shine a global spotlight on the fascinating power of human memory.

According to the order of the British Empire by Queen Elizabeth, Raymond Keene is an appointed officer.

The participants who had the best, rapid, and sharp memory skills competed to reveal their intelligence and made new world records through their human memory.

Raymond Keene congratulated Emma Alam, and he further said that she is one of the best sporting Achievers for Pakistan. A special heroine in pandemic stricken 2020 and supreme grand world memory champion for 2020.

After winning the prestigious global event, Emma Alam was thrilled. She is planning further to retake part next year and make the best performances.

Emma is a dedicated young girl belonging to Pakistan. She competed in several memory championships and took part in the Malaysian 3rd Asia Pacific Memory championship and 28th World Memory championship in China. Through splendid performance, she won many medals and trophies. Currently, she is completing her studies through homeschooling.

Emma Alam and Syeda Kisa Zehra broke many world records in this year of the championship.