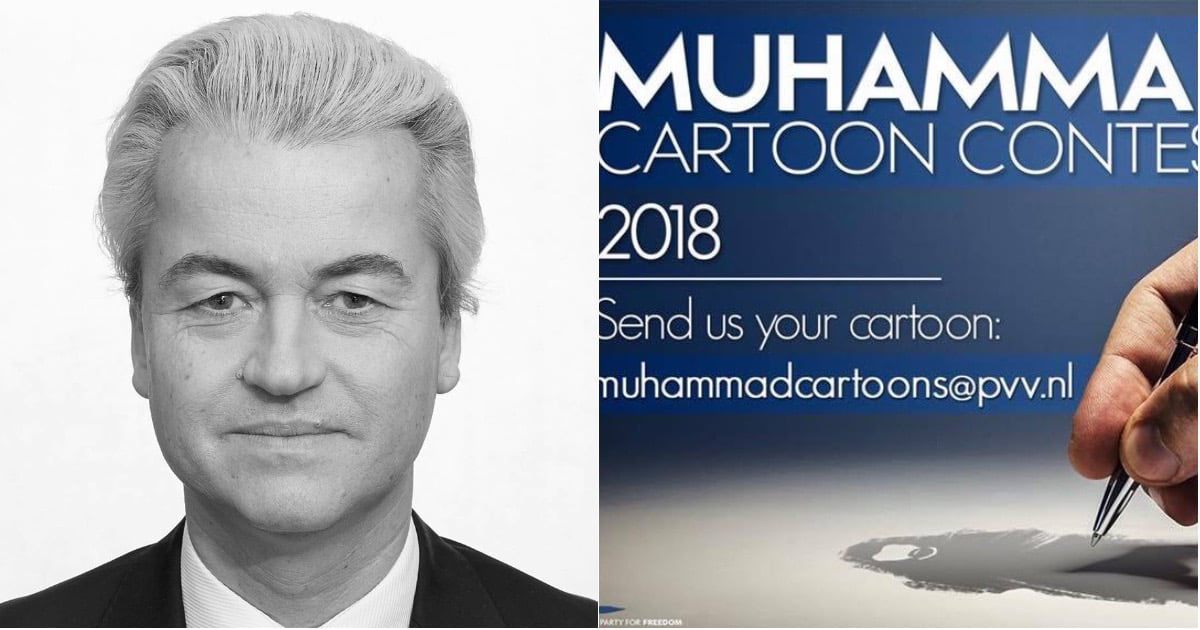 Draw Muhammad Contest is being held in Netherlands and it is being promote by sharing a facebook post which promotes entries from all around the world.

A facebook post was shared by Geert Wilders, who is a dutch politician and also a founder and a leader of a polical party called “Party For Freedom”. In addition to this Geert Wilders in the past have also produced a documentary called “Fitna” which insults Quran by showing the world that Quran promotes violence and hatred for the people who are not Muslims.

A few days back he is back with all of the hatred in him for the religion of Islam by introducing “Draw Muhammad Contest” which which people are being promoted to draw the drawings of Muhammad Prophet PBUH. Here is that post which was shared.

The media has been silent despite there is a huge uproar after this post was shared. Due to this, more protests will erupt in the world as Muslims all around the globe is extremely unhappy. Many people even approached to Dutch government to take measures to stop this hatred to happen but no news of cancellation of this event as this post is still there.

If things like these keep happening then this would will become a tough place to live for Muslims. As we have seen in the past how muslim in UK were told to stay inside due to Punish a muslim day and now this event is happening, this will make things worse at its hurting the sentiments of millions.