Saudi Arabia was recently reported to be trying to turn a heritage site of an ancient civilization located not far from the Al-Ula area into a global tourist destination to open up to the world and diversify the Kingdom’s economy away from oil.

The ancient mysterious place called Hegra or Al-Hijr is filled with huge mountains and amazingly beautiful construction carvings that were stayed untouched for centuries. Now UNESCO recognizes it as one of its oldest heritage.

According to archaeologists, the construction on the mountain, as seen at that place, was not the work of ordinary people because nowadays, we use powerful machinery for that.

In Islam, this place is also known as Maidan e Saleh, i.e., home to the qaum e Thamud (nation of Thamud), the people of Prophet Saleh (AS) who were known for their miraculous strength and skill in making the mountain carvings and constructions we still can see today.

It is said that this area used to be very fertile and green, which had sufficient grains and crops every year. However, this abundant natural wealth made the rich people among the Thamud people become arrogant and cruel and liked to torture and kill the poor.

Prophet Saleh (A.S) was then sent to guide them by Allah SWT, as narrated in the following Holy Quran:

However, instead of accepting Saleh, they challenged Saleh to perform a miracle to prove his Prophethood. They challenged him to produce a camel out of the nearby rocks. Saleh prayed, and a miracle happened with Allah’s permission. A she-camel appeared among them and gave birth to a calf. Hazrat Saleh ordered the Thamud people to be respectful to her.

Some of them believed in Saleh’s Prophethood, while others still refused it even though two of them killed the innocent camel.

As a punishment for this, Allah also sent an earthquake in the middle of the night, which made them all dead, and none of them woke up ever again. In Surah Al-A’raf verse 78, Allah says:

All that remains are the massive buildings and monuments they carved out of the mountains and rocks, as we can still see today.

When Prophet Muhammad PBUH passed by this place while going for the Battle of Tabuk, he specially pointed this place (Al Ula or Maidan e Saleh) out to his companions as an ibrat. He ordered them to drink water only from the one well used by the camel of Hazrat Saleh A.S and forbade them to eat and drink anything from that area and pass through it rather quickly.

The big earthquake that occurred thousands of years ago has also diminished the underground protective layer of the earth. Nowadays, scientists have discovered a huge hole in the ozone layer of the atmosphere right above this destroyed area. This places the region at risk for earthquake damage, UV rays damage, various skin diseases, cancer, and natural storms.

Researchers agree that it is not safe for humans to stay there for long. This is in accordance with the prohibition that the Prophet Muhammad SAW has said about this place.

This place which is a sign of ibrat, should not be used as a place of enjoyment and amusement. Maidan e Saleh has become a home for people who were destroyed by Azaab and the wrath of Allah. This place should remind us of our Creator, His Magnificence, and His Power.

Instead, this place has begun to be celebrated and enjoyed as the art of architecture. May Allah guide us to the right path Ameen.

Powerful Lesson Behind The Word Maaz Allah – Worth Sharing!

Best Affordable and Cheap Umrah Packages You Can Get in 2022 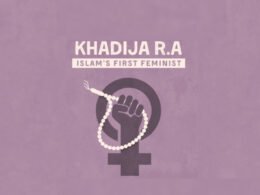