Thinking of Marrying a Non-Muslim? Muslims are allowed to marry a non-Muslim but there are few conditions attached to it.

Can a Muslim man marry a Jew or Christian woman?

Imam al-Tabari has given a fatwa that Muslim men are allowed to marry a Non-Muslim woman who is either Christian or Jew. Both Christians and Jews are among the people who believe in Injeel and Torah.

So, this marriage is completely valid with Jew or Christian but a Muslim must pay the Mahr first. Mahr is the cost that is handed over to the bride by the groom at the time of their marriage.

Even if they’re Jews or Christians Muslim men must pay the Mahr and refrain from using them like their girlfriends.

Can a Muslim woman marry a Jew or Christian man?

It is a restriction that a Muslim woman can’t marry a Jew or Christian. She can marry them after they convert to Islam. The scholars have given fatwas on this topic as well.

Can a Muslim man marry a Mushrik Woman (Hindu, Buddhist)?

Any person which worships idols, such as Buddhist or a Hindu or anyone related to them and the one who does not follow any teachings of the prophets of Allah is called a Mushrik.

Allah SWT in the Quran made it clear that a Muslim man cannot marry a Mushrik Woman.

In this case, if you want to marry her, she must convert to Islam otherwise, the marriage will not be valid.

A slave beliver slave woman is 10 times better than a Mushrik woman.

Can a Muslim woman marry a Mushrik man (Hindu, Buddhist)?

Just like Muslim men, Muslim women also can not marry a Mushrik man. This has been stated very clearly in the Quran.

The same thing goes here, if she intends to marry that man, then he must convert to Islam otherwise their marriage can never be completed.

So marrying a Non-Muslim is allowed in Islam, if the man or woman is Jew or Christian but if they are Mushrik, you can never marry them.

We have also written few blogs related to this topic; 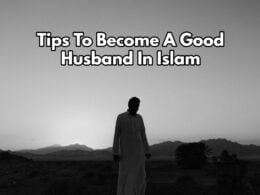