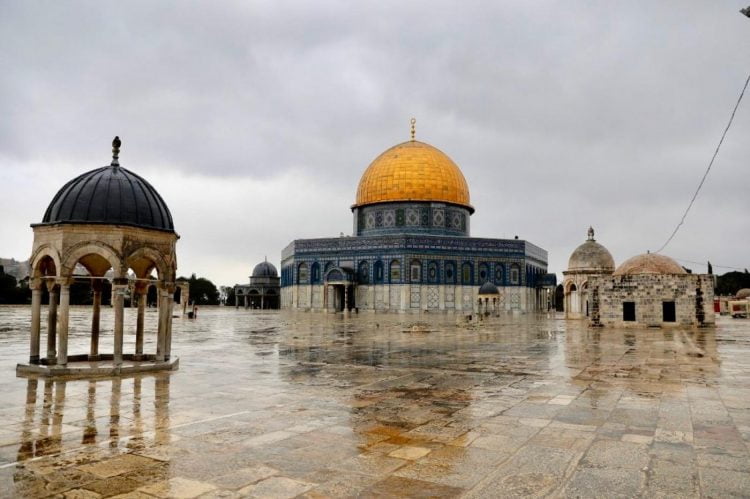 In the old city of Jerusalem al-Quds, Palestinian worshippers were attacked in the mosque of Aqsa while five people were detained.

After Friday prayers, the Israeli forces attacked the Muslim worshippers, threw the stun grenades towards them, and forced them to leave the Al Aqsa mosque through the al-Asbat gate, as stated by Palestinian sources.

321 people from the west bank stop by Israeli troops to perform Friday prayers at the mosque Al Aqsa, and four of them were arrested.

Three people were injured because Israeli forces opened live fire on anti-settlement protestors in the village of best Dajan.

Many of them suffer from breathing difficulties because the Israeli troops used their gas against the demonstrators and fired rubber bullets at them.

Recently in the village settlement outpost has been made.

At the east of Qalqilya city in Kafr, Qaddum, clashes took place between the Israeli forces and Palestinian protesters.

Due to inhaling tear gas, many people suffered from breathing difficulties, and the Israeli forces also used sound bombs and rubber bullets against the protesters during the clash.

Since 1967, above 600 thousand Israelis were living in about 230 settlements of the Israeli occupation of the Palestinian territories of the bank at the west and East Jerusalem al-Quds.

Israel upgraded its settlement expansions in defiance of United Nations security council resolution 2334, and it was known as settlement East and West Bank of Jerusalem al-Quds as stated by the anti-Palestine policies of Donald Trump, who is a former president of the United States.

Under international law, all supplements are illegal as they are made on occupied land.