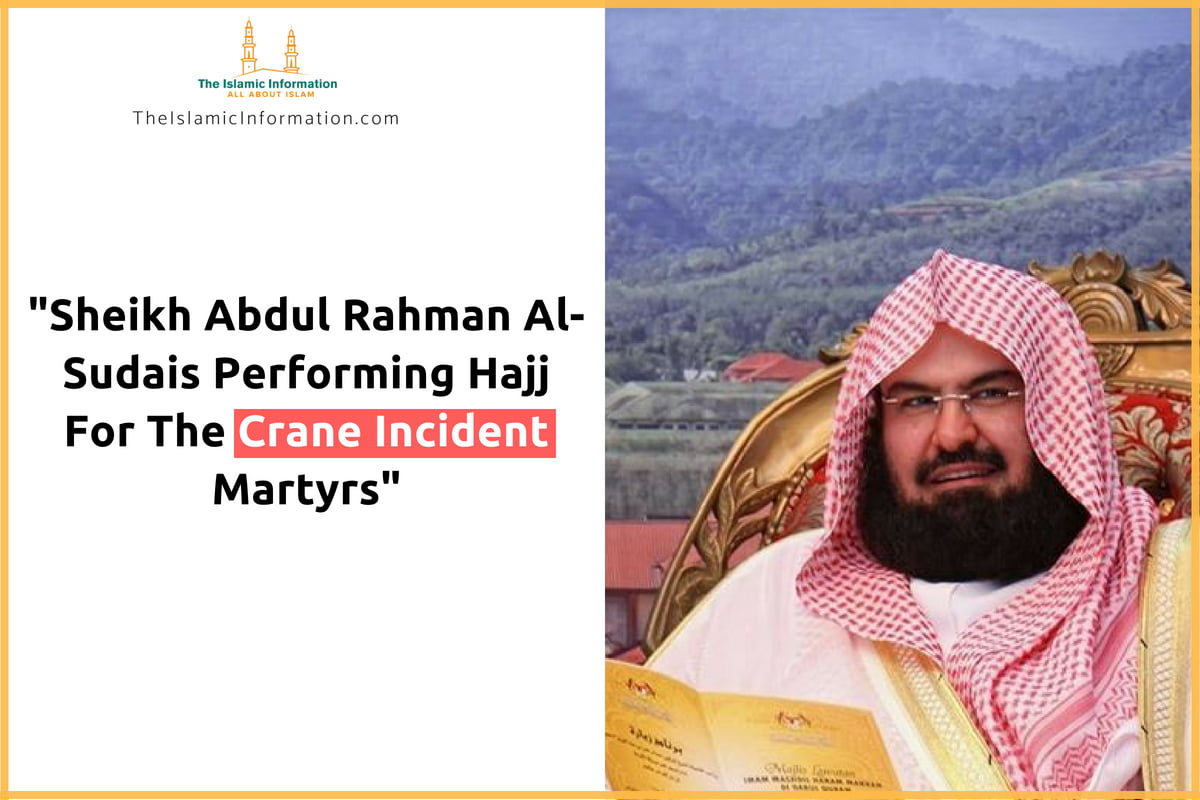 Crane incident is one of the most horrible incidents in the history of Saudi Arabia. Which took about 111 lives and left around 400 people injured.

Sheikh Abdul Rahman Al-Sudais has asked all the Muslims to perform Hajj for the crane incident victims and the Martyrs who lost their lives in that deadly incident. Moreover, he said that I will perform Hajj on the behalf of crane incident Martyrs as it’s his duty to pray for the dead.

Furthermore, he asked Muslims to do a lot of charity and help those who are in need of you and feed the poor who are waiting for your donations.

On the other side, the Government of Saudi Arabia has taken a huge amount of steps to eradicate all sorts of bad incidents this such as they have introduced special vehicles for all the pilgrims to pick from one end to the another.

Furthermore, it is also to reduce the level of difficulty that comes in the way of pilgrims while performing Hajj. This is to be noted that there is a huge amount of pilgrims are coming to Saudi Arabia to perform Hajj.

In 2015, it was the year when crane crash claimed a lot of innocent lives, and in 2018 still it’s one of the most horrible incidents in the world that took place and for those who do not know it happened because of the construction cranes at Masjid Al Haram as at that point the construction was going on and they had put this the cranes on the top of Masjid Al Haram which fell down on the pilgrims.