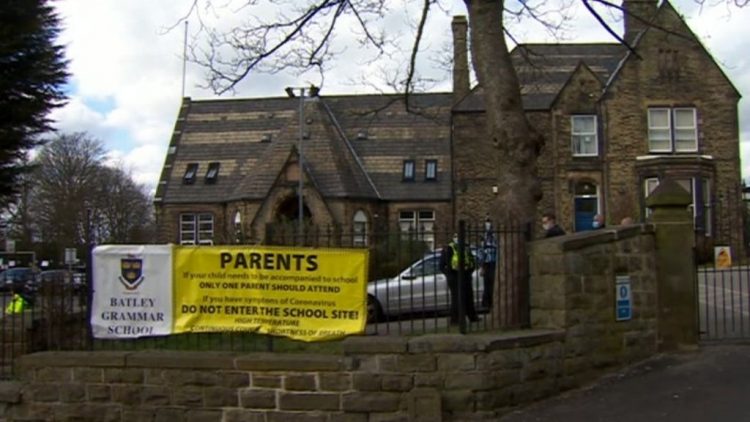 Batley is a grammar school with having a notable amount of Muslims. on Monday, it was acknowledged that the resources were used during the lesson on religious studies. It was totally unsuitable and inappropriate And in the school community, it has caused great offense.

Religious studies are now being reviewed in the school. The school has planned investigations and has detached the Resources from those lessons.

This morning outside the school, there were angry protests by parents who want the teachers to be expelled out from the school.

The school has suspended the teacher, but still, it is not confirmed by the school as said by the Pandor Imam Mohammed Amin, who is cooperating with the Batley grammar school on showing up the images of the holy prophet Muhammad PBUH to the students.

At school, it was told by the parents to The Islamic Information that the teacher showed students derogatory caricatures of the Prophet and the teacher also said that it is his right to show it to them. Later, the teacher Denied to apologize or accept any wrongdoing he did.

The Islamic Information understood that the lesson was regarding blasphemy, and the teacher told students that images of the Prophet would be shown to them, through which the class got offended. The image was Charlie Hebdo, and there was a bomb placed on the image with the Kalimah written on it.