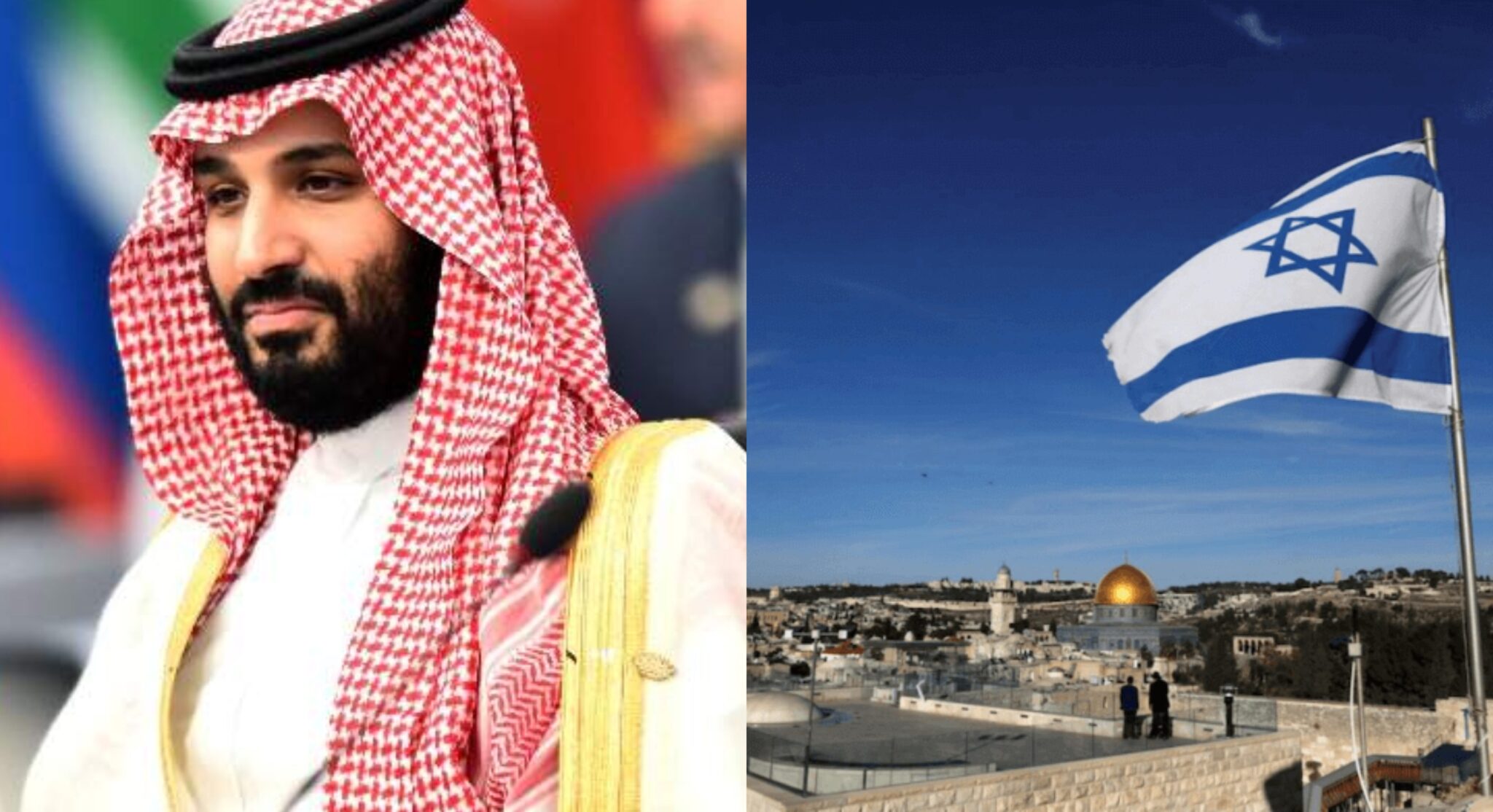 Following the recent developments, the Arab-Israeli conflict seems to be moving towards a solution, but acquaintances know that with the help of Egypt’s current leadership, Israel wants to complete the first stage of Greater Israel by forcing the Palestinians in the Gaza Strip to Egypt.

Israel and “big” Arab countries have pledged Egypt’s financial support for the resettlement of these devastated Palestinians.

Their goal is to normalize public opinion in the US, UAE, and Israel United Arab Emirates, Israel. The deal is the result of backdoor diplomacy over a few years. The UAE had also invited Israeli religious leaders, during the visit, the UAE government announced plans to build a synagogue at expense of government.

Earlier, the UAE and Israel held talks on co-operation in a number of fields, while Saudi Arabia, the citizens of Pakistan, the sole nuclear power in the Islamic world, which helps develop and built Saudi Arabia, don’t have the similar facilities that Saudi Arabia has given to Israeli citizens.

A Palestinian journalist based in the Gulf state, speaking on condition of anonymity, told that Israel would not expel Palestinians from the Gaza Strip as part of a plan, but in exchange for a deal with the Arab country. Not only will they give up their demand for an independent Palestinian state, but they will also help and support Israel in every way on the diplomatic and trade fronts.

The Friendship agreement shows Israel’s future intentions, with a collaborative statement from Netanyahu, Prince Mohammed bin Zayed and Donald Trump stating that Israel won’t resettle in the occupied territories and that in return UAE and Israeli relationship will be normalized.

This did not happen all of a sudden, the distance between Arab countries and Israel had reduced during the last 2 years, in 2018 all of a sudden, the Israeli Prime Minister arrived in Oman where he had a meeting with the Sultan of Oman. The foreign minister had told that Oman had offered to unite Palestine and Israel, but that it was not the mediator role.

Statement of Israeli Prime Minister came to light that the opposition of Iran is bringing Arab countries and Israel closer. Minister of Culture of Israeli had also visited the United Arab Emirates, where he met the Sheikh Zayed Mosque in Abu Dhabi, UAE. In April 2018, Saudi Crown Prince Mohammed bin Salman also said in an interview that Israelis have a right to their land.

In response to a question, Mohammed bin Salman had made it clear that he has no problem with the Jews, the Saudi Crown Prince while answering a question that if there is peace, there are a lot of things of similar interest between Gulf countries and Israel, especially Jordan and Egypt.

Saudi Arabia has allowed Indian airlines to use its airspace to fly to Israel, adding that Israel and the United Arab Emirates soon established diplomatic relations with other Arab countries, including Saudi Arabia, following a “peace deal” to be established. The President of the US, Donald Trump had said that UAE and Israeli delegations would sign some agreements in the upcoming weeks on tourism, direct flights, investment, security, and the establishment of embassies.

Israeli Prime Minister Benjamin Netanyahu tweeted “this is a historic day.” He said in a televised address that a new era had begun in Israeli-Arab relations. UAE Minister of State for Foreign Affairs said during a press conference that the peace agreement with Israel is a bold step that will help resolve the long-running dispute between Israel and Palestine. Hamas, the ruling party in the Gaza Strip, rejected the agreement, saying it did not serve Palestinian goals.

Hamas spokesman Hazem Qasim said the agreement with the UAE was a reward for Israeli occupation and crimes. A statement said that Palestinian President Mahmoud Abbas had called an emergency meeting of the Palestinian leadership on the agreement between Israel and the UAE.

In this situation, the Palestinians have no other choice but the rich Arab countries have pushed them to a dead-end which will increase the violence because the Palestinians had pinned their hopes on the Arabs since 1967 The organizations of the Arab countries, including the OIC, and the United Nations have not been mobilized, so there is a strong possibility that the war of independence will now intensify.

Sources say that Prince Talal bin Waleed, the Saudi prince, and owner of many businesses in the Western world, including the media, was unofficially referred to as the Saudi ambassador to Israel and played a key role in the back-channel talks with Israel on January 26.

In 2015, Iran signed an agreement with the United States and other Western powers on its nuclear program. The rapprochement between the Arab states and Israel has increased since Israel and the Arab countries have been opposed to the agreement.

The Israeli occupation of Palestine has been blamed for tensions in the Middle East, given that Israel occupied East Jerusalem during the 1967 Six-Day Arab-Israeli War and later annexed it, which the international community Israel has never recognized the entire city as its capital, while the Palestinians see East Jerusalem as the capital of their future state.

It should be noted that the peace talks between Israel and Palestine ended in 2014 when Palestine rejected the peace plan before Trump presented it. Palestine and the international community declared Israeli settlements illegal under the 1949 Geneva Convention. Which is related to the land occupied during the war while Israel considers Jerusalem as its capital.

With a lunatic called mbs ruling Saudi Arabia, anything will happen. He allowed unmarried men and women foreigners to stay in the same room, he allowed a westerner rockstar minaz to conduct a music show in Jeddah, he bought a da vinci painting for a whopping 600 million US dollars, US and UK citizens are never tried and punished for crimes in Saudi Arabia, if Saudi women are raped, they are punished, not their rapists, etc, etc,etc. If they have diplomatic ties with israel who is a 4000 year old betrayer and slayer of Prophets and people, let us not… Read more »