According to a Greenpeace report, installing solar panels at ten significant mosques in the Middle East, Africa, East Asia, and Europe will save thousands of tons of carbon dioxide emissions a year.

Environmental groups say that leveraging the ecological performance of mosques can also have far-reaching benefits, especially green issues to communities.

Among the mosques that Greenpeace has analyzed in detail is Masjid Al Haram in Makkah, the world’s largest mosque, and Al Nabawi Mosque in Madinah. Meanwhile, the Glasgow Central Mosque, in the Scottish city where the Cop26 climate change conference is being held, is currently installing solar panels funded by Islamic Relief.

The report, entitled The Green Mosques Initiative, is published by Greenpeace and Ummah for Earth, an alliance of environmental groups and experts that aims to support Muslim communities worldwide.

In the report, Ghiwa Nakat, executive director of Greenpeace Middle East and North Africa, stressed the importance of highlighting community-driven innovation and solutions.

She said that this report demonstrates the potential of the Muslim community to be part of the solution not only through direct environmental benefits but also their potential to impact many people as a center of cultural, spiritual, and community life.

The solution of installing solar panels in mosques is estimated to save $375,420 a year at the al Nabawi mosque, the most prominent single figure, and about $373,200 at the Umayyad mosque in Damascus, Syria.

Meanwhile, suppose photovoltaic (PV) panels are installed in 10 mosques. In that case, carbon emissions will be reduced by 12,035 tons per year. Masjid Al Nabawi produces the most significant reduction, which would minimize savings amount to 3,199 tons of carbon dioxide a year.

The figures listed in the report result from the work of researchers at the American University of Beirut, the Lebanese Renewable Energy Foundation, and the National Council for Scientific Research in Lebanon.

Nouhad Awwad, a project campaigner for Ummah for Earth at Greenpeace Mena, said that while they continue to demand policies that provide climate justice, they must also take the initiative and establish solutions they can implement themselves, as they did at the Glasgow Central Mosque this week.

Last year solar panels were installed in another study mosque, Istiqlal Mosque in Jakarta, which can now use some of the electricity it generates itself. 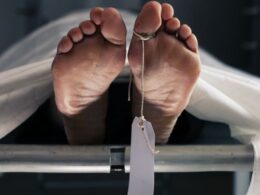 Bangladeshi Pilgrim Arrived To Perform Hajj 2022 Passes Away Before Hajj