400 people were killed and more than 500 were injured in a devastating tsunami resulting from a powerful earthquake in Indonesia.

The report issued by the National Disaster Agency and the number of injured figures has been shown to increase further.

According to the French news agency, AFP, hundreds of people were injured due to injuries in the hospitals and the injured were given early medical assistance in the open sky.

The earthquake came to island of Central Indonesia, whose intensity was recorded 7.5 on the reactor scale, earthquake was so intense that people in several kilometers away were also felt as a shock.

The earthquake affected most of the city’s population, with a population of around 2.5 million, high buildings became a waste of debris, whereas many houses were completely grounded. The volatile earthquake coming shortly for its intensity was more dangerous than these immersive zones, which faced Indonesia’s Lombardy in July and August, and hundreds of people were killed.

A mosque was included in the earthquake-collapsed buildings, authorities have issued instructions that people will not enter their homes because of the earthquake, the condition of homes is often overwhelming.

Indonesian President Joko Widodo said that the army was called for the search and aid operations in the affected areas, after which the army started reaching the areas affected by the Jakarta-affected locations of the capital.

The tsunami’s dangerous waves reached Sri Lanka and India in a few hours from Malaysia, Thailand, Burma and Bangladesh.

9.1 magnitude earthquake on reactor scale and then collapsed with coastal waves of atrocious waves, at least 2 million people were killed.

The tsunami coming from 14 years ago was influenced by Indonesia’s largest populace.

According to geologists, Indonesia and Japan are located in such a region where most of the powerful earthquake is occurring due to underground and suburban changes. 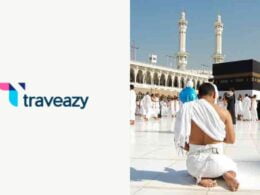