Another mosque has been closed in France after the beheading of the teacher who showed blasphemous cartoons of Prophet Muhammad, 76 Mosques have been shut down to date. (Updated: 04/Dec/20)

According to Gerald Darmanan, French Interior Minister, at least 76 mosques and private schools have been closed to combat extremist Islam, said on Tuesday.

While talking to a Press conference, Gerald Darmanan said that a mosque and private school located in the Heralt area was closed in October, including nine shops run by Muslims.

The interior minister also suggested to deport extremist nationals from France. This move comes after on growing tensions between Muslims and France.

Macron had also said that the Government will take strict actions to control the schooling and controlling the religion in the region by controlling the foreign funding of Mosques.

He also ensured creating the laws to control France’s muslims to stop redicalization.

On the other hand, top Muslim scholars have said Macron’s speech is based on Racism. They further said that French President’s remarks will make the lives of Muslims living in France tougher.

After the closure of 76 mosques in France, Turkish President Recep Tayyip Erdogan also called out to the French President by saying that his remarks are hurtful for all the Muslims around the world. The Turkish president also accused Macron of “impertinence”. 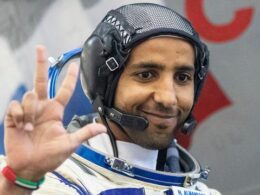