Home » News » Muslim Man In UK Was Rushing For Friday Prayer But He Got HANDCUFFED! 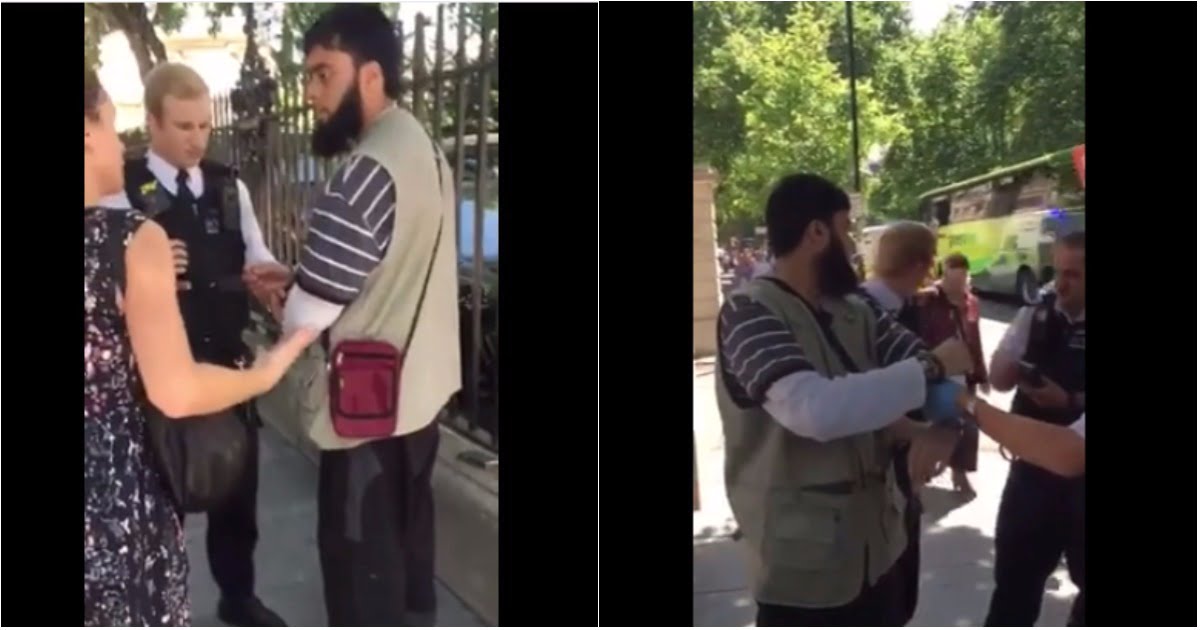 HANDCUFFED! A Muslim man was on his way to offer Friday prayer in London, UK. He was stopped by random people and then he got arrested!

A few days back we reported the Acid Attacks on Muslim Women in the UK are at its peak, and yesterday we reported the Bangladeshi cricketer who escaped an Acid Attack on his wife. The United Kingdom is becoming a haunted place for all the Muslims out there. The idea of Islamophobia is at its peak, but the west does not seem to care about it anymore. Which is indeed a sad state of affairs these days.

A Facebook video has gone viral on the internet. which shows a Muslim Man peacefully going to offer his Friday prayers on foot, the guy seemed fine and from a good family. Then a random lady along with police officers appeared from nowhere and started questioning that guy, who was just walking and had no clue about what he had been questioned for. And then they handcuffed him and arrested him for absolutely no reason at all!

The way they treated him seemed like he is some kind of criminal who has done some kind of a heinous crime. The reason of he getting questioned that he was just a Muslim and having a Beard.

Have a look at this video;

The video was posted by Majid Freeman on Facebook, who is asking for this guy’s identity so that he can help him and stop these kinds of disrespectful incidents in the London, UK. There are very few arrests have been made in the United Kingdom about the Acid Attackers in the country, but all they seem to arrest are the innocent people having a beard.

May all put a security guard on all the Muslims living in the world.