Hindu Pandit, Shri Acharya Pramod Krishnam captured praising Prophet Muhammad PBUH in a video and telling that Islam is the religion of peace.

Shri Acharya Pramod Krishnam is a famous personality in India who was seen praising Muslims and adoring the lifestyle of Prophet Muhammad (PBUH). Not just this, he also supported Muslim views in the Indian Congress on the “Teen Talaq Bill”.

Following video is in Hindi/Urdu, the summary in points for this video is given below. If you know Hindi or Urdu you will be able to clearly understand the way he is praising the last Prophet of Islam Muhammad (Peace Be Upon Him).

It is such an amazing video to watch, this will empower more humanity within a society which teaches to respect each other’s religion. Even in Islam, it is forbidden to mock or say wrong things about the gods of other people.

Liked this video? Share it with your friends and family. 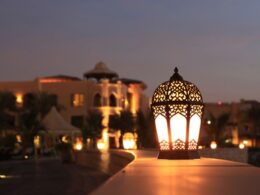