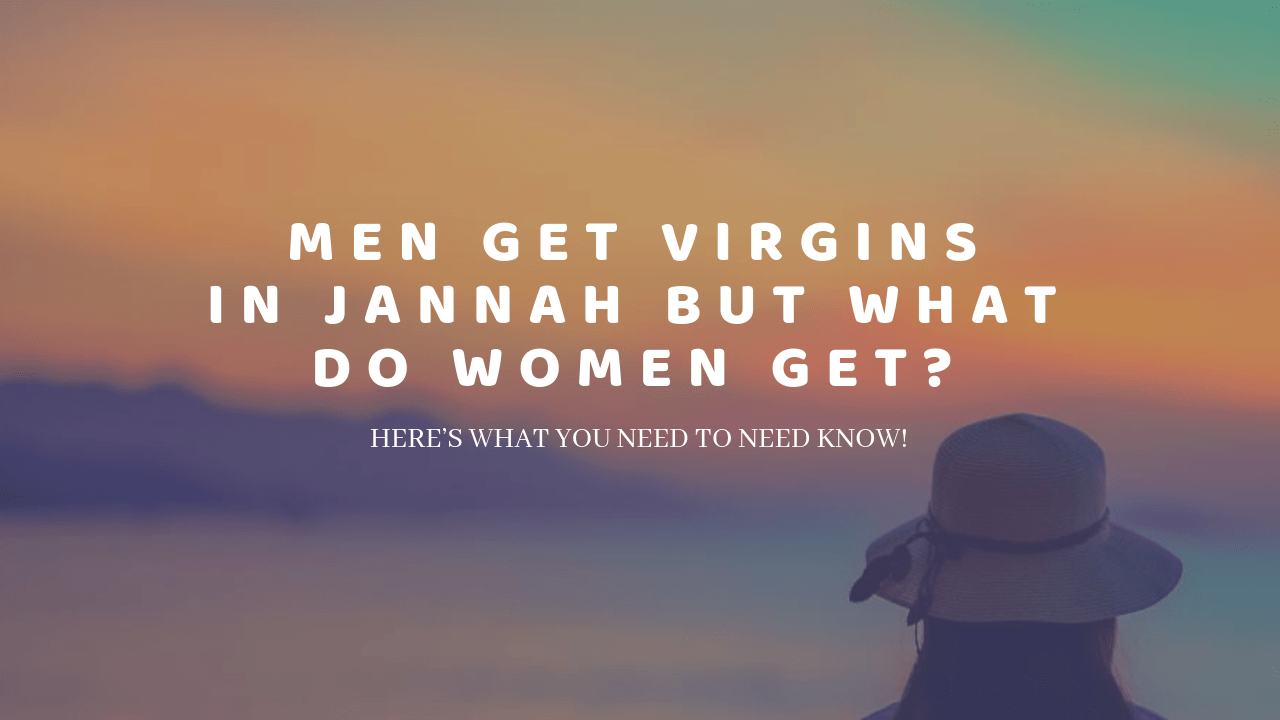 Virgins will be given to men in Jannah, but what will women get ? This is the most frequently asked question in the Islamic context and the answer will be given on the basis of Holy Quran and Hadiths.

It is stated in the Holy Quran that;

Another major hadith tells us;

But then there are few major mistakes we make in understanding this matter.

It is a misconception that word Hoor refers to Women only. An Arabic-English Lexicon, Edward William Lanes says;

If you read the Holy Quran with the full translation you will get to know that Allah is describing the matter which can make us near to Jannah. For a man, Allah has given 72 Virgins women, and for a woman, Allah has promised to give her rewards in the form of pearls and gold.

3. Women will be married to their Husbands

As per a Daeef Haith (Week Hadith), women will be married to their husbands in Jannah and they will be happy with it.

Meanwhile, in Quran Allah has made it clear that there is no way Allah will favor man over women.

And Allah knows the best!