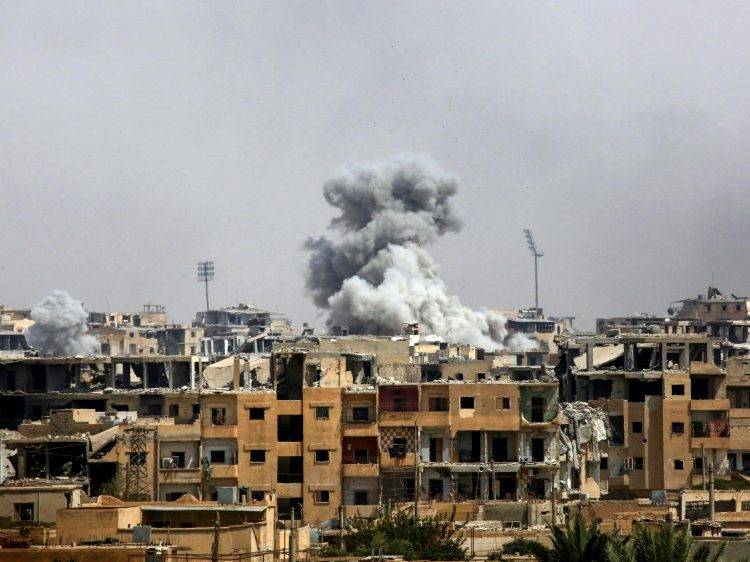 On Wednesday, a war monitoring group said that there were Israeli airstrikes in east Syria, killing 57 regime forces and allied Iran-backed fighters in the deadliest such strikes since the conflict started.

The Syrian Observatory for Human Rights said that At least 14 Syrian regime forces, 16 military fighters from Iraq, and 11 Afghani members of the pro-Iran Fatimid Brigade were killed In the overnight raids against arms depots and military.

The nationality of The remaining 16 people who lost their lives during the 18 strikes was not immediately apparent.

Rami Abdul Rahman, The Syrian Observatory head, said that this is the enormous death toll in Syria from Israeli raids.

Sana from the official Syrian news agency stated that in Deir ezzor and the Albu Kamal region, the Israeli enemy carried out an aerial assault. Moreover, the results of aggression are now being verified.

A spokesman from the Israeli army declined to comment.

The Fatimid Brigade transported a consignment of Iranian-manufactured weapons to the east of Syria some days before the strikes through neighboring country Iraq as told by the UK-based Observatory, which relies on a network of sources the ground. It added that they were secured in the region targeted overnight.

It was less than a week when the last wave of Israel struck Syria. Israel targeted positions in the south and in Damascus’s southern outskirts, which resulted in killing three pro-Irani fighters on Thursday.

The observers have warned that Donald Trump and Israel can end up being against Iran and its regional allies in the final days of the US President’s tenure.

Hundreds of air and missile strikes were carried out by Israel on Syria in 2011 after the civil war broke out. Their targets were Lebanese and Iranian Hezbollah forces and also the troops of the Syrian government.