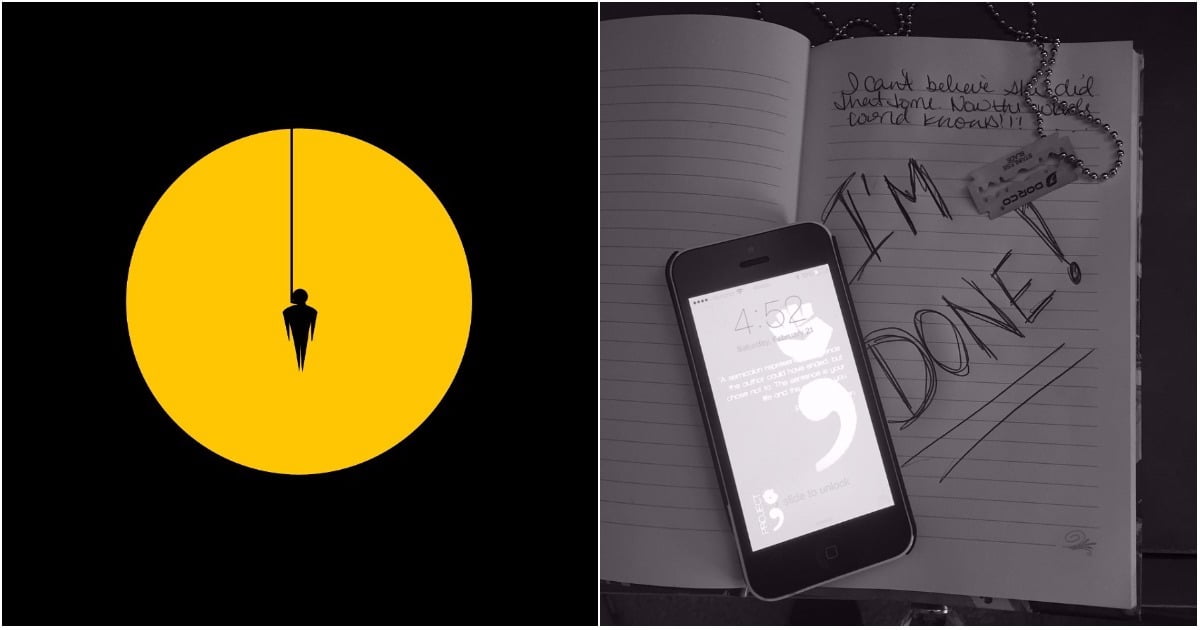 Suicide is one of the most painful things which no one wishes to bear. But, Suicide has been a label as NOT THE LAST OPTION by every religion of the world.

No matter what religion you follow, in all killing yourself is forbidden. But today, we will talk about what Islam says about killing oneself, as Islam is one and the right religion in the world. Most people who commit suicide, list Depression, Stress and Sadness as the major reasons why people commit suicide. So, we collected the references from Quran and Hadith which address this topic and these things tell why SUICIDE is Forbidden in Islam.

This Is What Quran Says About Committing Suicide

Allah does not like when someone’s life is Taken, even if it’s your own life. In a reference from Quran 4:29 it is clearly written that Allah has said NO to KILLING YOURSELF! 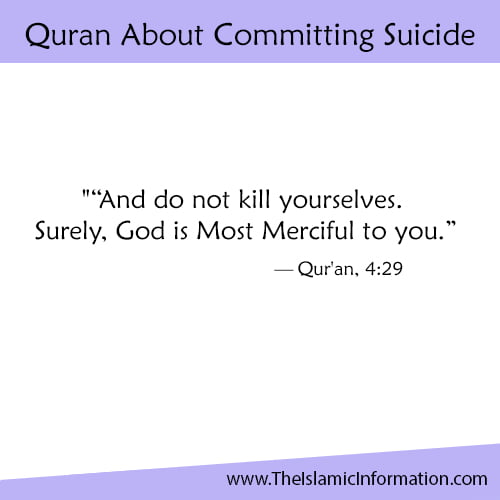 Most of the people face hardships then they kill themselves, that can be anything like highly indebted, heartbreak or any kind of abuse, stress or depression. But in Quran’s 94:5, there is an indication from ALLAH SWT that this world is temporary and the afterlife is eternal. 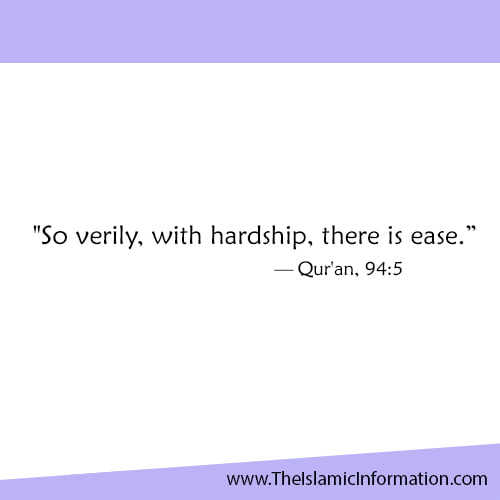 This Is What Hadith Says About Committing Suicide

While in Hadith, it is said that if one commits suicide he will be in HELL for forever, no matter how pious that person was. In this Hadith, is used as a reference by our beloved Prophet Muhammad (PBUH); 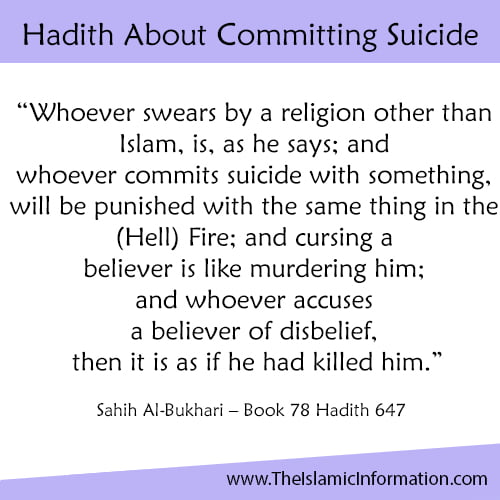 While, on the other hand, it is written that no matter how much calamity one faces, death is not the solution. Which was the thing also discussed by Allah in Quran; 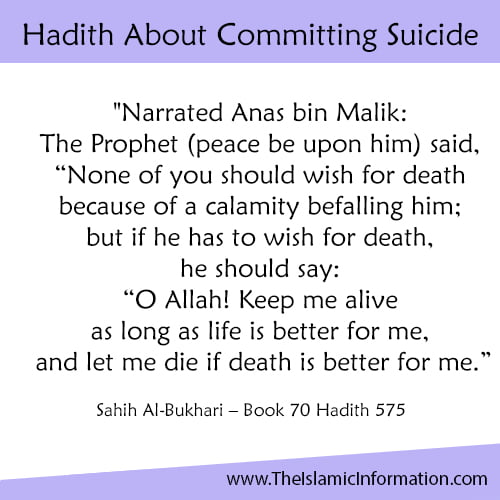 This is indeed a sad thing seeing people killing themselves because of hardships they are facing. The sole reason of this things is the absence of Islam in their lives. All of us should keep reciting Quran and follow the Sunnah and pray 5 times every day, as these are the things full of peace and happiness.