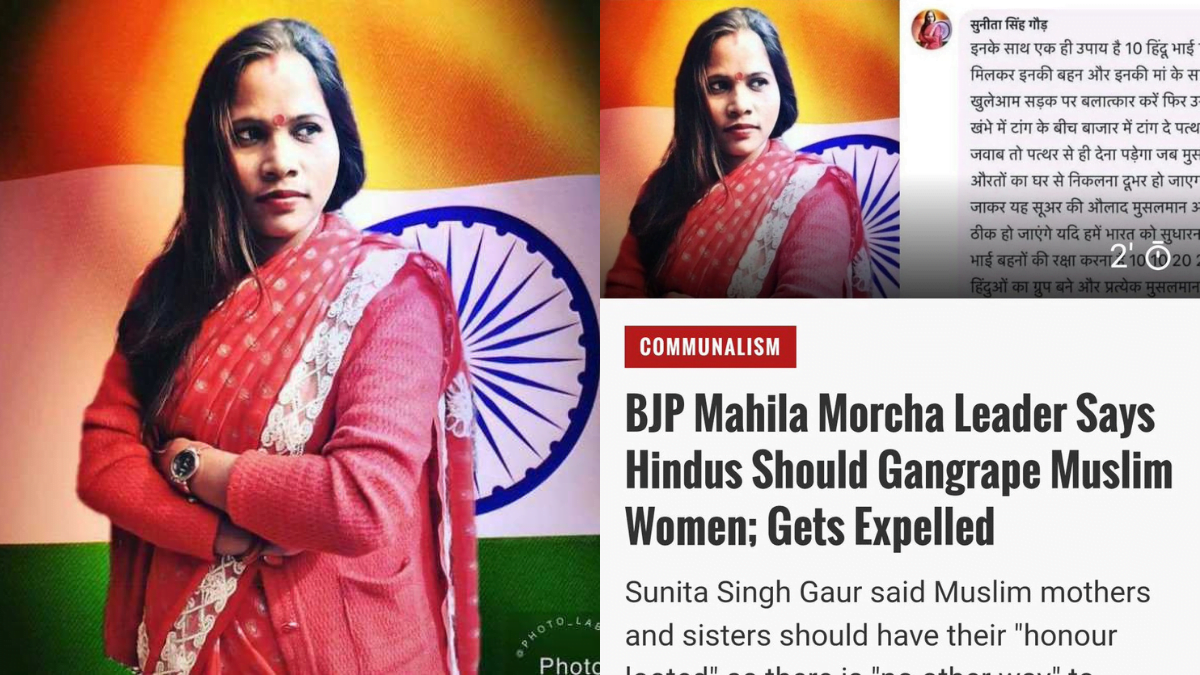 Sunita Singh Gaur said that Muslim sisters and mothers should be looted of their honor as Hindu brothers abuse as in gang rape them. And she said that it is the perfect way to protect India.

Her announcement went viral all across the world for promoting such hatred among people, she deleted the post after it. But, the screenshots of the post being posted all over social media. Sunita Singh Gaur was removed as Mahila Morcha leader.

Vijaya Rahatkar, President BJP Mahila Morcha said that be assured that BJP will not tolerate any sort of hateful comments from any worker.

This is not the first time BJP leaders have spread the hateful words against the Muslims. Previously, a BJP leader also threatened to attack Kaaba.