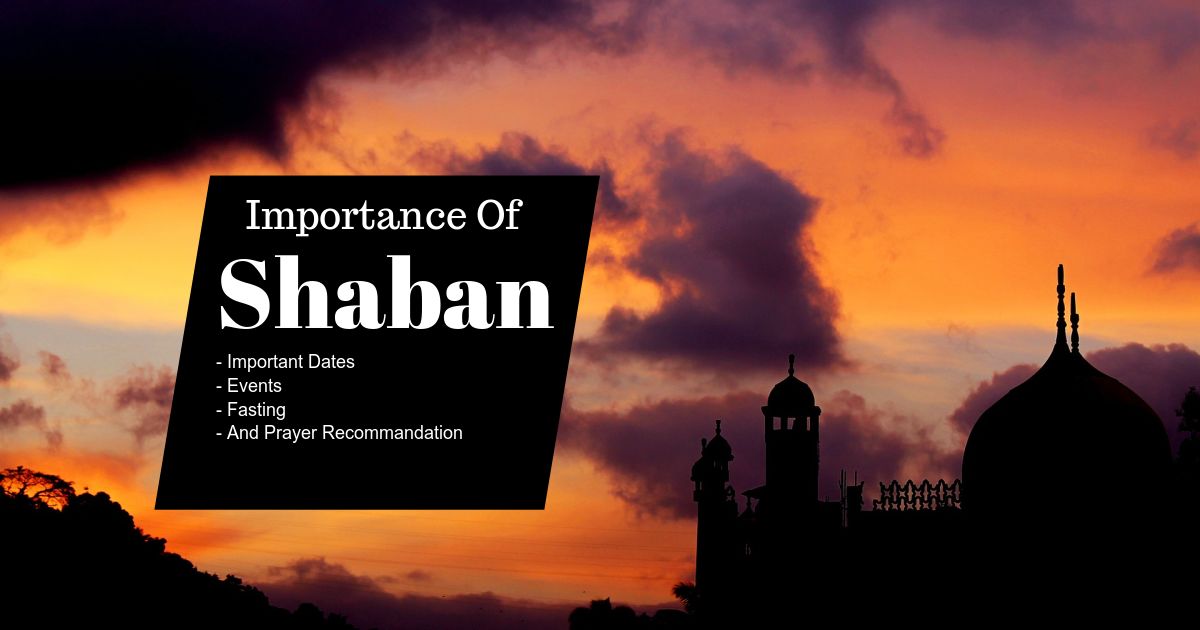 Shaban is the 2nd month of worship in command to make arrangements for the grand and magnificent month of Ramadan – the month of fasting and mercy.

When the Islamic calendar was granted upon the Muslim Ummah, it did not come without meaning status for a handful of months, which marks special events for the committed Muslims everywhere in the world. The next line is Sha’ban, which the world and Muslims have come to know as the month of the Holy Prophet Muhammad (PBUH).

Recommended Fasting In The Month of Shaban;

Observance of fast on Thursdays of the month of Shaban also supported great importance. It has been described that the heavens are beautifully decorated each Thursday in Shaban and angles plead to Allah to pardon all the people who fast on that day and their supplications are accepted. It is detailed in the narration of Prophet Muhammad (PBUH) that whoever fasts on Mondays and Thursdays of Sha’ban, Allah will achieve twenty of his worldly wishes and twenty of his wishes of the Hereafter.

Hadiths About The Month of Shaban;

Importance Dates/Events In The Month of Sha’ban;

Sunni Muslims (Excluding Wahabi or Salafi) prepare for the Mid-Sha’ban as a night of mercy and worship. The Sunni tale is that the Almighty Allah defines the results of all people, containing whether a person lives or dies, in the approaching year and for this motive, it is occasionally called the “Night of Emancipation”. The night of Shabe Baraat is also called as the night of freedom since Allah (SWT) frees all His sinful servants who were fated for Jahannam (Hell).

The supplications during this night bring great significance and worth for the Muslims to restart their initiate to lead lives in as per the teachings of the Holy Quran and Sunnah.

It is habitual to fast the entire day and before this night’s events, Muslims put on new dresses. Muslims call or visit family and friends’ households to ask for forgiveness and pray for them. Then they visit their families’ graves and pray for peace for the departed souls.

Recommended Tasweh (Prayer) In The Month of Sha’ban;

This is really helpful because I never knew anything here!