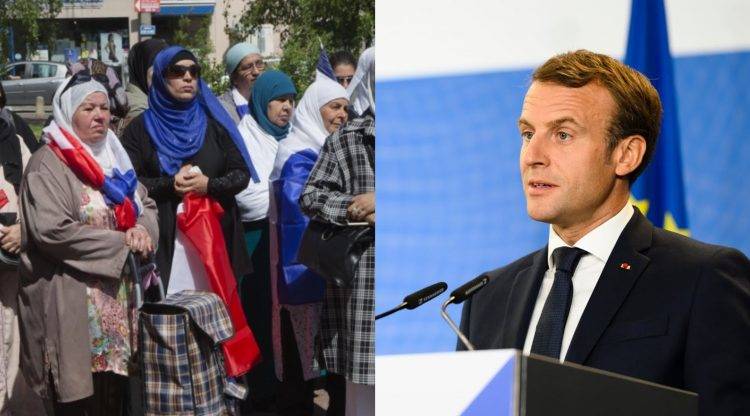 In November, Macron encouraged the French Council of the Muslim Faith (CFCM) to devise the charter after the murder of history school teacher who showed cartoons of Prophet Muhammad to students.

The charter declines instrumentalising Islam for political ends and maintaining equality between women and men while criticising female circumcisions, forced marriages or certificates of virginity for brides.

Anti-semitism and racism are rejected. It is also warned that mosques are not built to spread a nationalist speech defending foreign regimes.

The president of French Muslim Council CFCM, Mohammed Moussaoui, stated that this charter confirms the Muslim faith’s compatibility with the republic’s principles, which added secularism and commitment towards French Muslim to complete their citizenship.

In France, its formal adoption by the nine federations of the CFCM opens a way to a vast restructuring of Islam. Creating a national council of Imams (CNI) will be labelling imams practising in the country.

Earlier, the idea of a charter which declared Islam compatibility including French values and laws were condemned by some member of federations of the CFCM.

In a meeting with Interior Minister Gerald Darmanin, Moussaoui and his two vice presidents smashed out an accord.

The charter is a part of Macron’s hope to spread Islam from radicalised influences which invade on strict secularism in France. In some past years, they are Also criticised for killing jihadis.

The government has begun on a crackdown against extremist mosques and associations. In France, roughly 300 imams are planned to remove, sent from Algeria, Morocco and Turkey.

Macron has been pushing through legislation to combat pernicious Islamic radicalism which would strengthen the rules on issues faced by religious-based education till polygamy.

The cartoon made by Charlie Hebdo has angered many Muslims all across the world. Before that Muslims all around the world were boycotting the list of French products.